I admit, in the past I was one of those skeptics regarding wines produced in Texas. It wasn’t until a few years ago, sipping on an amazing Tempranillo that I changed my mind. Since then, I’ve been fascinated with the role Texas has played in the US wine industry – and history. Here’s some fun every wine lover should know about Texas. Cheers!

1. Thank you, Texas – and Spanish missionaries – for bringing us wine! In Texas, near the border of Mexico and New Mexico is the site of the first vineyard established in North America by Franciscan priests in 1662.

2. Texas is roughly the same size as the country of France. Think about all the different climates in the wine regions of France, there’s even more in Texas.

3. Speaking of France, in the mid-19th century phylloxera – an aphid-like bug – destroyed many of the vineyards in France, wrecking havoc on the wine industry. A scientist from Texas was one of the people who discovered that American vines were resistant to the phylloxera. As a result, the French began grafting their vines to rootstock from Texas. Problem solved. (To be fair, the phylloxera that wreaked the havoc in the first place, came from vines shipped to America from France.)

4. Texas has eight American Viticultural Areas (AVAs are wine growing regions) although many vineyards exist outside the specified AVAs.

6. The state’s oldest winery still in operation is Val Verde, established in 1883.

7. There’s more to white wine in Texas than Chardonnay! The white wines growing well in Texas are Viognier, Roussanne, and Picpoul as well as Trebbiano, Toscano, Vermentino, Chenin Blanc and Albariño. Have you sipped a Roussanne lately? 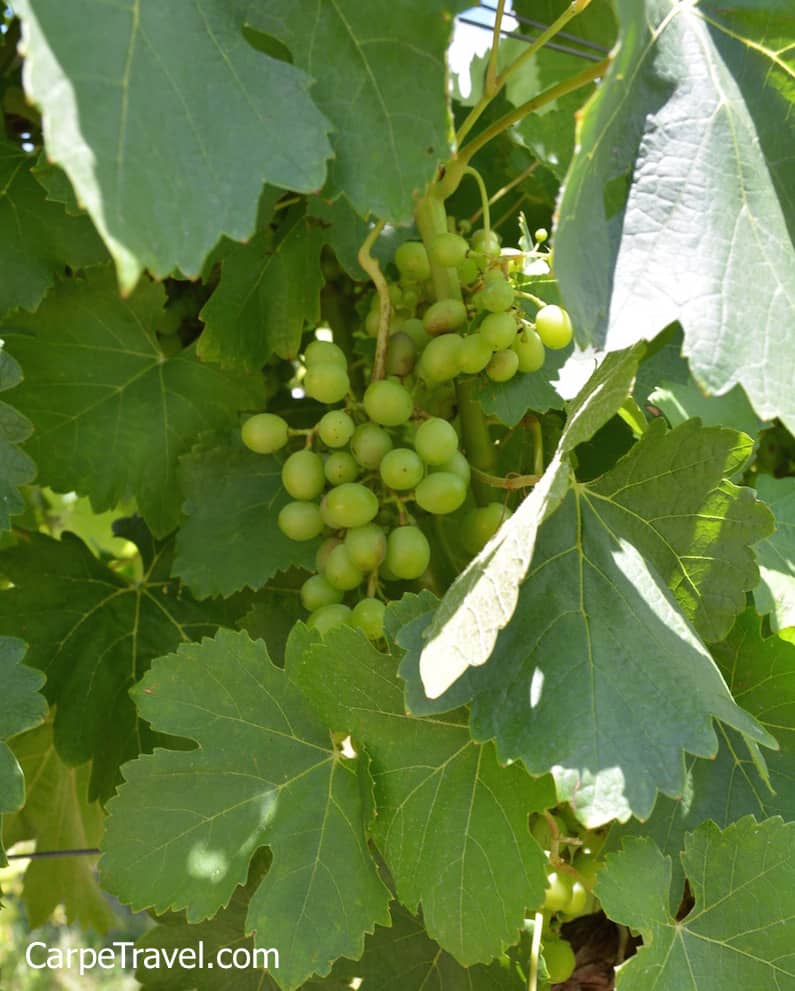 8. Why isn’t Texas growing more of the well-known grapes such as Merlot, Pinot Noir, and Chardonnay? These wine varietals bud early in the spring, which is when Texas receives a lot of spring storms filled with hail. Damaged buds = limited the grapes. The Rhône wine varietals growing well in Texas, bud latter and thrive in the summer heat.

9. Rhône varieties are gaining the most attention in Texas. A few red wine varietals growing well in Texas include Carignan, Cinsault, Tempranillo, Sangiovese, Mourvèdre and Tannat.

10. With well over 9 million acres in the heart of Texas, the Texas Hill Country AVA is the second largest certified Viticultural Area in America. The wines of this region, which is north of San Antonio and west of Austin, range from Bordeaux blends to Italian varietals.

11. The Texas Hill Country is one of Wine Enthusiast’s “10 Best Wine Travel Destinations in 2014”.

12. The largest producer of 100 percent Texas-grown wines is William Chris Vineyards, located in the Texas Hill Country AVA near Fredricksburg. (And, they have a super cool tasting room!) 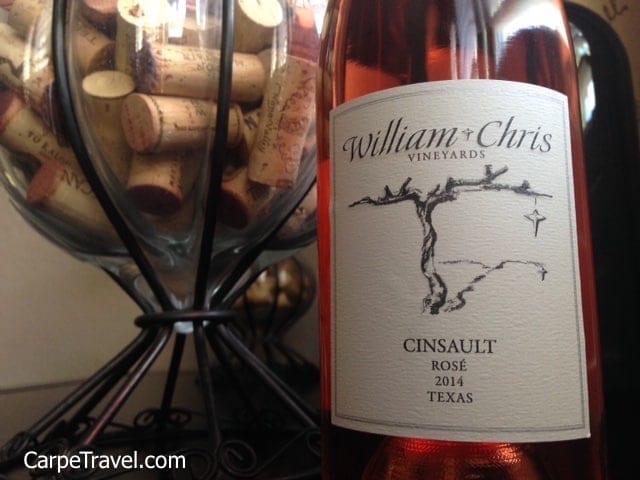 13. In 1986, Bell Mountain was designated as an AVA. This was the first established AVA in Texas, covering five square acres about 15 miles north of Fredericksburg within the Texas Hill Country.State laws allow wines to be labeled as Texas wine if 75 percent of the fruit that goes into the bottle is from the state itself. There is currently a law proposing Texas-labeled wines to be made from 100 percent Texas fruit.

14. Eighty percent of Texas wine grapes are grown in the Texas High Plains AVA, which encompasses over 8 million acres and located west of Lubbock in the Panhandle at an elevation of 3000-4000 feet.

Looking for more ideas for things to do in Texas or Texas’s wine regions? Click on over to Carpe Travel’s Texas Wine Travel Guide.

Previous PostWinter is Coming! Top 6 Things to Do in Winte...
Next Post16 Wineries. Four Days. The Ultimate Willamet...