Our Indiana Wine Travel Guide shares a brief history of the state’s wine country, terroir, where to sip, where to stay and things to do beyond the vines.

Indiana has a thriving wine industry with 116 wineries and vineyards scattered across the entire state and two official  American Viticultural Areas (AVAs). Most vineyards are concentrated around the southeast corridor and to the south in the lush agricultural growing basin flanking the Ohio River.

Founded in 1983, Ohio River Valley AVA also contains portions of Kentucky and Ohio, and West Virginia. It encompasses 16,640,000 acres across these four states. The region first came into wine prominence in 1798, when the Kentucky Vineyard Society was formed to spearhead viticulture projects in the region. Nicholas Longworth planted Alexander and Isabella grapes in the region in 1823 and then Catawba in 1825, spurring others to focus on native grapes and French-American hybrids that thrived in the climate and survived the harsh winters. The Ohio River Valley became the largest wine-producing region in North America before it was plagued by odium, a mildew that, when unchecked,  destroys grape vines. In 1919, Prohibition halted most wine production in the United States. The wine industry lingered dormant until the 1960s when wine-curious farmers became enologists and brought the wine business in the region back to life.

Founded in 2013, Indiana Uplands AVA is 4,800 square miles located in south-central Indiana that encompasses 19 counties and stretches from Monroe and Morgan counties 110 miles south to the Ohio River and the border with Kentucky. The latest count is 19 vineyards across 200 acres and 17 wineries,  including the oldest and most prolific winery in Indiana, Oliver Winery

Traminette is Indiana’s signature grape, which is a cross between the European grape Gewürztraminer and an American hybrid grape called Joannes Seyve, that was created in 1965 at the University of Illinois to be cold-hearty and survive blustery winters.

It is popular across the Midwest and eastern sectors of the United States because it is easy to grow and produces deliciously refreshing white wines that range from bone dry to sparkling and even dessert wines.

Traminette is a floral white grape with prominent acidity and aroma notes that include peach, mango, green pear, white rose, apricot, clove, citrus peel, orange blossom, green melon, passion fruit, and in some cases honey and pineapple. It pairs well with spicy and aromatic foods like Mexican, Indian, Thai, and Vietnamese cuisine. It is exceptional with succulent seafood, salty cheeses like feta and manchego, and picnic fare including salads, fried chicken, and bbq. Try it with creamy pasta dishes and holiday buffet meals, particularly Easter and Thanksgiving. Traminette is incredibly versatile.

Vevay is central to Switzerland County, the state’s south-easternmost county, bordering Ohio to the east and Kentucky to the south. The actual winery opened in 1799 on the other side of the river, in Kentucky. Known as First Vineyard, it was backed by the Kentucky Vineyard Society whose members included then U. S.  Secretary of State Henry Clay, U.S. Secretary of the Treasury George Bibb, Kentucky Governor Garrard, both U. S. Senators John Brown and John Edwards, and editor of the Lexington Gazette, and other prominent figures, all who offered financial backing to the venture. It is said that Daniel Boone was the initial surveyor and presidents Thomas Jefferson and James Madison were gifted wines from First Vineyard during their administrations.

Nicholas Longworth planted Alexander and Isabella grapes in the region in 1823 and then Catawba in 1825, spurring others to focus on native grapes and French-American hybrids that thrived in the climate and survived the harsh winters. The Ohio River Valley became the largest wine-producing region in North America before it was plagued by odium, a mildew that, when unchecked, destroys grapevines. In 1919, Prohibition halted most wine production in the United States. The wine industry lingered dormant until the 1960s when wine-curious farmers became enologists and brought the wine business in the region back to life.

Huber Orchard, Winery, & Vineyard, family-owned for seven generations, has been in business since the 1840s, resuming its award-winning wine production in 1978.

Law professor, Dr. William Oliver began growing grape vines just outside of Bloomington in the early 1960s as a hobby. Oliver Winery & Vineyards.  Oliver spearheaded the 1971 Indiana Small Winery Act, allowing for new commercial wineries to operate, paving the way for a thriving wine industry in the state. He  opened Oliver winery in 1972 and holds the title of the oldest modern winery in Indiana.

WHERE IS INDIANA WINE COUNTRY?

Indiana has a thriving wine community across the state. The best way to immerse yourself into Indiana’s wine scene is to focus on the regions around one of the state’s major cities and wine trails. – Fly into Gary or Chicago for access to the South Shore Trail just to the east of both cities. Take I94 east from Gary. – The State Line Wine Trail along the border between Illinois and Indiana is in a remote agricultural region and can be accessed from Champaign, Illinois or Indianapolis. Take I70 southwest from Indianapolis or I74 east from Champaign. – Fort Wayne, in the northeast sector of the state, is at the center of dozens of wineries and vineyards. Take I69 north and south from Ft. Wayne and I469 to the south/southeast. – Indianapolis, in the center of the state, provides access to DeTours of Indiana Wines, Beyond the Vines Wine Tours, Indiana Wine Trail, and the Hoosier Wine Trail. I-65 runs northwest to southeast and I 69 runs northeast to southwest, cross-crossing the city.  – Bloomington is the best bet for easy access to Indiana’s Upland Wine Trail, which is the state’s most established. The trail is to the southeast and accessible from I65 and Hwy 150. This region can be accessed by flying into Louisville, Kentucky, and taking I64 west or I65 north.

Most Indiana wineries have tasting rooms that are open throughout the year. Visit vineyards at the peak of summer from June to early September for lush and beautiful scenery. Summer is the best time for concerts, festivals, events, weddings, and other wine-centric activities.

Autumn in wine country is gorgeous but it is also a time when the winemakers and grape growers are the busiest with harvest and crush. It is not the best time to visit. Indiana’s winter and spring can be cold, snowy, and harsh, so sticking near the cities is ideal.

Sipping is subjective and with so much great wine in Indiana, you’ll find most everyone has their own favorites. But, with more 100 wineries in Indiana, we’ve tried to narrow down some of the top sips in the state so you can find your perfect pairing.

At the Barn
Winery

More Wine Festivals in the US Not to Miss

Even the most dedicated oenophiles don’t focus on wine 24/7. There are a number of hours to fill each day, even when you pack your itinerary full of wine tastings. Friends, couples, families and groups will all find ways to keep busy no matter which Indiana AVA they decide to visit. The itineraries listed above have even more ideas on things to do in Indiana.

Cataract Falls on the Mill River in Owen is an impressive set of two waterfalls near the restored Old Mill bridge. The first has a drop of about 20 feet, and the second, down river has another steep drop of about 18 feet.

Fort Wayne  Children’s Zoo focuses on family fun and animal conservation with an eye on education. The zoo is open all year round and hosts seasonal events aimed at raising funds to support the zoo and its foundation.

French Lick and West Baden Museum opened in 2007 to celebrate the 150-year history of French Lick, its people, and its culture. The museum exhibits a unique collection of memorabilia from its notorious citizens, historic events, and regional landscapes. 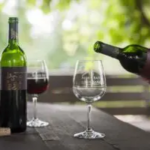 Uncorking the Top Wineries in Indiana