Getting to know the Santa Ynez Valley Wine Region

This stunning wine region on the southern end of California’s Central Coast is by far one of the more unique and dynamic in the state.

We have all heard of Napa Valley and Sonoma, two of the most renowned wine regions in California and all of the United States. But, have you heard of the Santa Ynez Valley? If not, you should know about it.

Read on to find out more about this stunning region and a few tips and itineraries to pair with your Santa Ynez Valley wine tasting experience.

WHERE TO STOCK UP FOR A PICNIC

Only 40 minutes from Santa Barbara Municipal Airport, two hours north of Los Angeles and four-hours south of San Francisco, you’ll find the Santa Ynez Valley. What might be Hollywood’s closest wine region is the furthest thing like its star-studded neighbor.

Towns in the Santa Ynez Valley

The Santa Ynez Valley is home to six distinct towns, each with its own lodging and restaurant scene, but all only 10-15 minutes from one another.

One the smallest towns in the Santa Ynez Valley both in size and population, is home to the infamous Ballard Inn and award-winning restaurant, The Gathering Table. This little town offers visitors a quiet, retreat in wine country.

One of the larger, more active towns within the Santa Ynez Valley, Buellton offers visitors a variety of hotels, distilleries, outdoor activities and wineries.

At the northern end of the Santa Ynez Valley you’ll find the quaint town of Los Alamos. It’s only seven blocks long yet filled with a world of Old West heritage. While you may feel a bit transported back in time with the historic buildings and scenery, this little town is quickly becoming a hip, culinary and wine tasting destination. With restaurants such as Bell’s French Bistro, Plenty on Bell, Pico Restaurant, and Bob’s Well Bread this little gem of a town is one worth exploring in the Santa Ynez Valley.

This is a charming, picture-perfect country town that has done an amazing job melding its history with modern-day wine tasting rooms, art galleries and upscale shops.

The town of Santa Ynez is the largest in size in the Santa Ynez Valley. It does an excellent job in taking visitors back to the Old West with its period-style false-front building facades housing shops, saloons, feed stores and random horses hitched to posts.

Founded in 1911, the community of Solvang has held true to its Danish-American heritage. Farm-style architecture and windmills of all sizes line the streets of the pedestrian friendly village. You can easily spend the day in Solvang exploring the boutiques, restaurants and of course tasting rooms.

Happy Canyon earned its name during the years of Prohibition in the United States since it was one of the areas only moon-shine making sites.

Read on to find Carpe Travel’s first-hand travel tips and recommendations to help make your stay in the Santa Ynez Valley a memorable one.

The weather in this Central Coast wine region allows for year-round activities making it ideal for any season. The Santa Ynez Valley features more than 100 wineries, 50 unique accommodations for every price point, chef-driven cuisine, and festive events, all painted into atmospheric backdrops which colorfully mesh Old World, Old West, Victorian-era, and mid-century to modern Danish.

This year (2019) marks the 15-year anniversary for the movie Sideways, which put Santa Barbara and the Pinot Noir being produced in the Santa Ynez Valley on the map… Or perhaps it was the other way around. Regardless, the famous line – “I am not drinking any f-#@! Merlot!” – created a sideways effect on the wine region and the Merlot grape. But, that’s not the only sideways effect of the Santa Ynez Valley.

The Santa Ynez Valley is home to the West Coast’s only east-west transverse mountain range. What does this mean? The two mountain ranges that make up the wine regions in Santa Barbara County run east to west, unlike the rest of the state’s mountains that run north to south. In fact, this is the only stretch of land from Alaska to Cape Horn constituting an east-west traverse.

This unique feature means that the winds go from east to west, making them direct conduits for winds that carry the cool air and fog from the Pacific Ocean. The winds are so strong they literally make trees twist and turn, creating uniquely shaped trunks that sometimes hug the ground.

These winds have also resulted in the Santa Ynez Valley becoming one of the coolest grape growing regions in California. During the summer, temperatures range from 70–80 °F (20–27 °C) during the day and drop to 50 °F (10 °C) in the evening. Chardonnay and Pinot Noir grapes love this kind of weather… So do visitors seeking a reprieve from the hot, summer months. (Make sure to pack a light jacket even during the summer months!)

The further inland you get into the Santa Ynez Valley, the warmer the temperatures are, along with warmer grape varietals being produced. From west (the coldest) to east (the warmest): Sta. Rita Hills, Ballard Canyon, Los Olivos and Happy Canyon.

Make sure to pack a light jacket even during the summer months!

With 50 hotels and lodging options in the Santa Ynez Valley, finding a place to stay in wine country can be easy to uncork. All six towns in the Valley are about 10-20 minutes away from one another so staying in one town doesn’t limit where you do your wine tastings, restaurants and other activities.

Recently renovated, The Ballard Inn is one of the most sought-after small luxury inns in the Santa Ynez Valley. Voted one of America’s Top Ten Most Romantic Inns, it offers comfortably elegant accommodations, attentive staff, and award-winning cuisine at The Gathering Table.

WHERE TO STOCK UP FOR A PICNIC

Having a prepared picnic lunch for a day of wine tasting is a must, at least for me. I love to have a few sandwiches, cheeses, salads and treats ready at a whim. That way we can grab a picnic table – and bottle of wine – at a winery we’re sipping at. Or, throw down a blanket for a spontaneous picnic lunch at an overlook featuring stunning views of the Valley.

During my visit to the Santa Ynez Valley I had the chance to try out THREE different deli’s that all prepared picnic lunches for a day of sipping through Santa Ynez Valley wineries. I highly suggest you call ahead and order your food so you can simply run in and grab your picnic. Although, if you are starting in Los Alamos with Bob’s Well Bread, you ought to consider doing breakfast there as well. I’m still dreaming of the egg sandwich on a banquette with prosciutto and arugula. (My Keto diet went out the window…I’m officially back in love with bread.)

This deli is amazing! Food is made fresh daily without corn syrup, preservatives, GMO, food dyes or anything artificial. Only the finest, freshest seasonal ingredients are used, resulting in a delicious and good-for-you end product.

The sandwiches are big enough so you can split them. It’s a great way to do a bit more sampling from the menu. The Husband and I shared the Fresh Roasted Turkey Breast sandwich with cranberry-fig compote, triple cream brie, pancetta, arugula, rosemary aioli and the Mustard & Herb Crusted Beef sandwich with piquillo peppers, greens, sweet onion jam, ale-mustard cheese, rosemary aioli. BOTH ARE AMAZING! Make sure to also grab a cheese board for either pre or post lunch sipping.

Call ahead so you can literally walk in and grab your lunch boxes.

Founded in 2011 by Bob Oswaks — the former president of worldwide marketing for Sony Pictures — Bob’s Well Bread has quickly become a landmark in Los Alamos. Known for its artisan bread, baked in a custom-made stone-deck oven, as well as classic French-style pastries Bob’s is a must for any visit to the Santa Ynez Valley. One thing I want to point out about Bob’s is they only use natural indigents with no added preservatives. This includes all their gluten-free menu items too. (Want some food and wine pairings from Bob? Take a peek at this wine and meatloaf wine pairing.)

The location in Los Alamos is a popular spot and can become busy during peak hours so make sure to call ahead to place your picnic order. When you arrive, go up to the counter and let them know they have a pre-order. No waiting in long lines for you… If you choose to eat a Bob’s the shaded, outdoor patio is a perfect spot.

SIDE NOTE: Bob is planning to open a second location in Ballard – directly across the street from The Ballard Inn – so if you’re tasting in that area, make sure to pop in for a slice of heaven. Also, make sure you’re ordering/picking-up at the right location if you called it in ahead of time.

This is more like a Whole Foods type of setting, making it perfect for a grab and go picnic option. Along with a salad bar and prepackaged sushi, pasta salads there is also a deli. I personally did both the salad bar and deli. The sandwiches were called in about two-hours before pick-up and were ready when we arrived. Better yet, they were delish!

There are 100+ Santa Ynez Valley wineries so you’re bound to sip well no matter where you go.

Sta. Rita Hills was officially named Santa Rita Hills AVA. The formal name change was the result of a protest by and subsequent negotiations with Vina Santa Rita, a very large Chilean wine producer that was concerned about the AVA name diluting its international brand value. The name change took effect on January 5, 2006.

Getting Around the Santa Ynez Valley

UberWINE is available for your wine tasting in Santa Ynez Valley, it’s not reliable though. I tried, read my experience here. Maybe you’ll have better luck… If you want to make sure your day wine tasting in Santa Ynez Valley is totally taken care of and want someone else to book your tastings, call Jose at Wine Country Cab & Wine Tours. A few other services to consider, Solvang Taxi & Wine Tours and Stagecoach Co.

From A to Z: Top Wine Festivals in Every State Not to Miss

How to spend the perfect day in Los Alamos 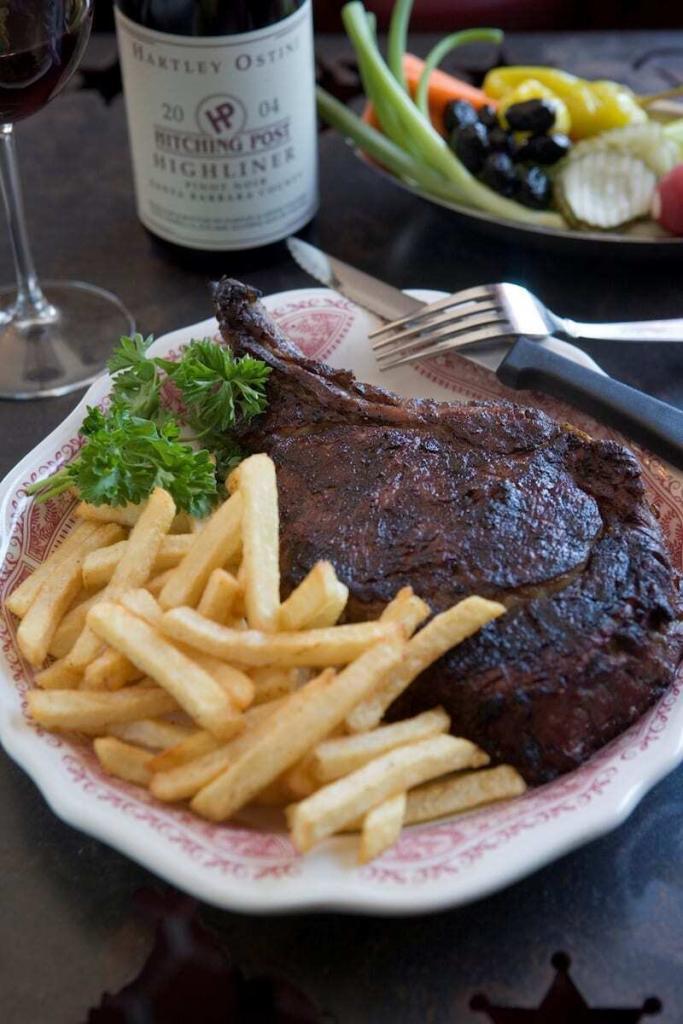 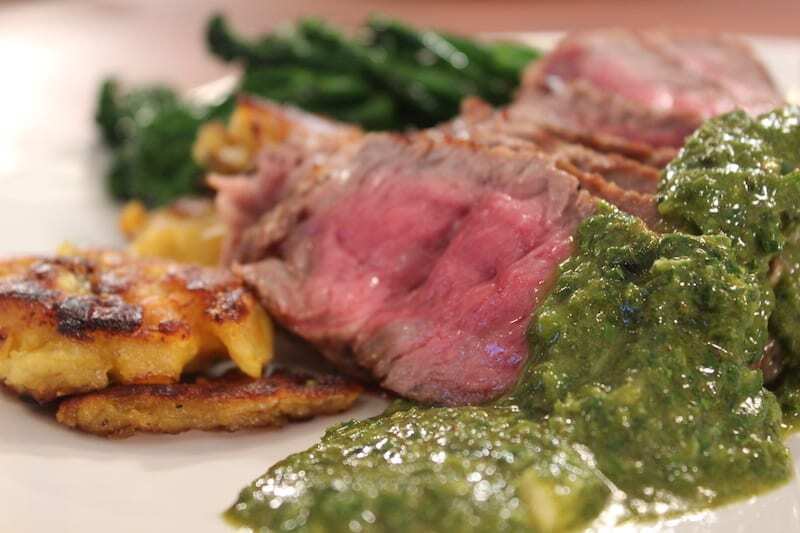 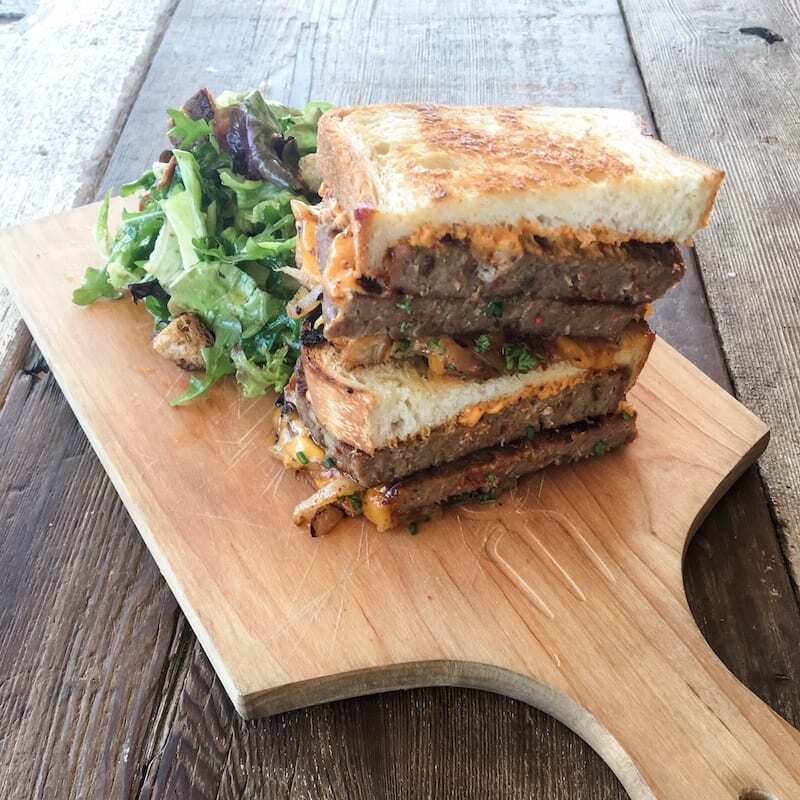 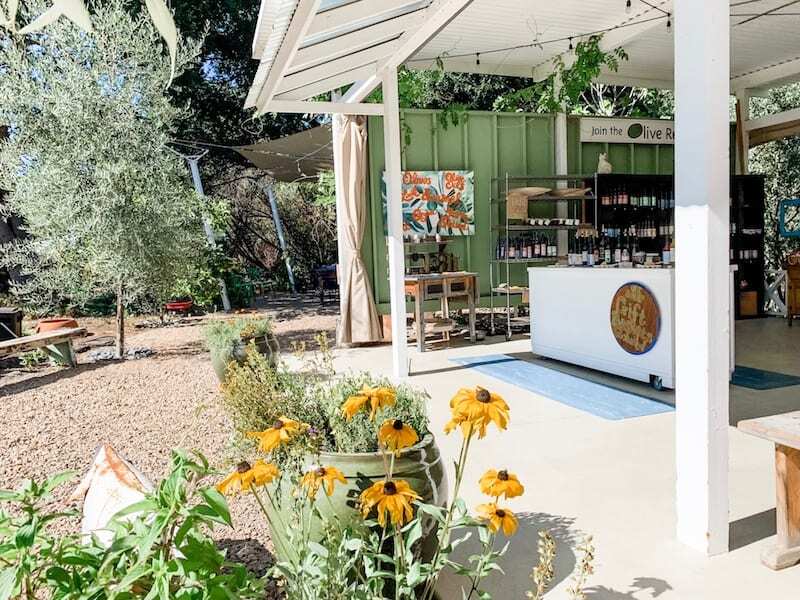 Things to do in Santa Ynez Valley Beyond the Vines

Things to do in Santa Ynez Valley Beyond the Vines 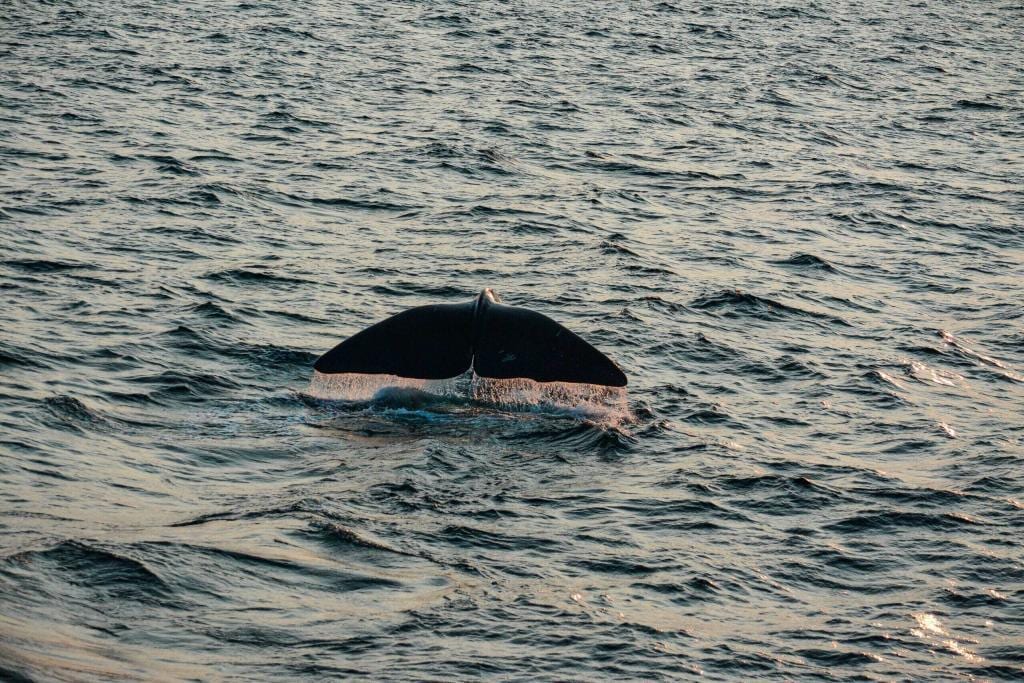 Beyond the Vines…Top Things to do in Santa Barbara

Beyond the Vines…Top Things to do in Santa Barbara 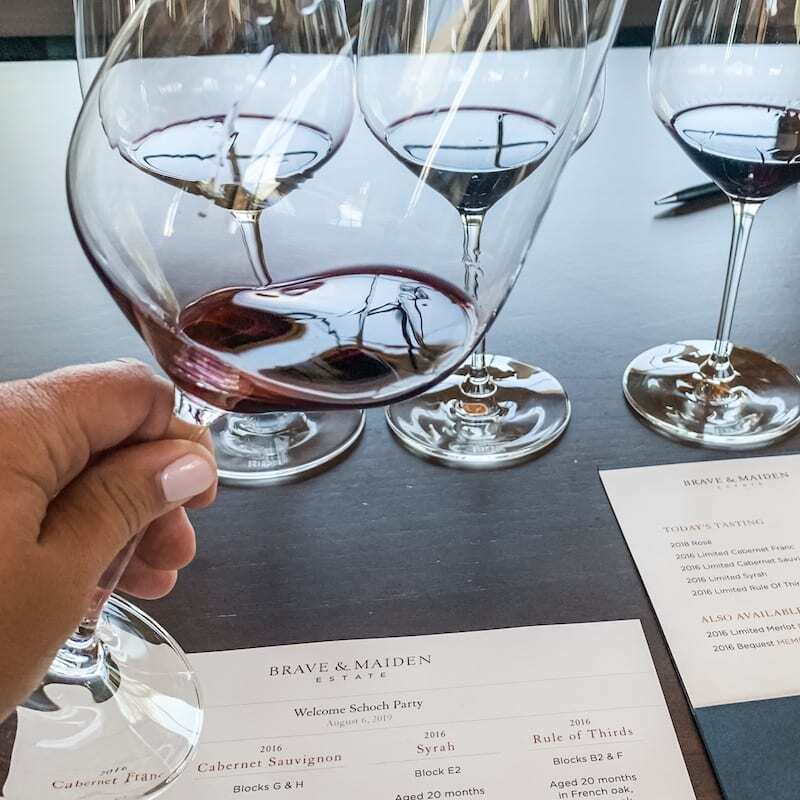 Sipping Through the Santa Ynez Valley in 48 Hours

Sipping Through the Santa Ynez Valley in 48 Hours 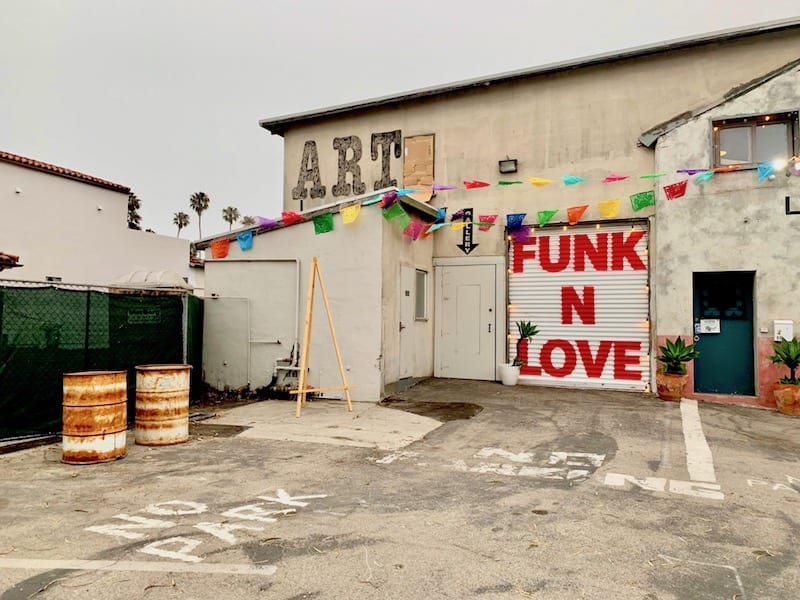 Your Guide to Exploring the Santa Barbara Funk Zone

Your Guide to Exploring the Santa Barbara Funk Zone 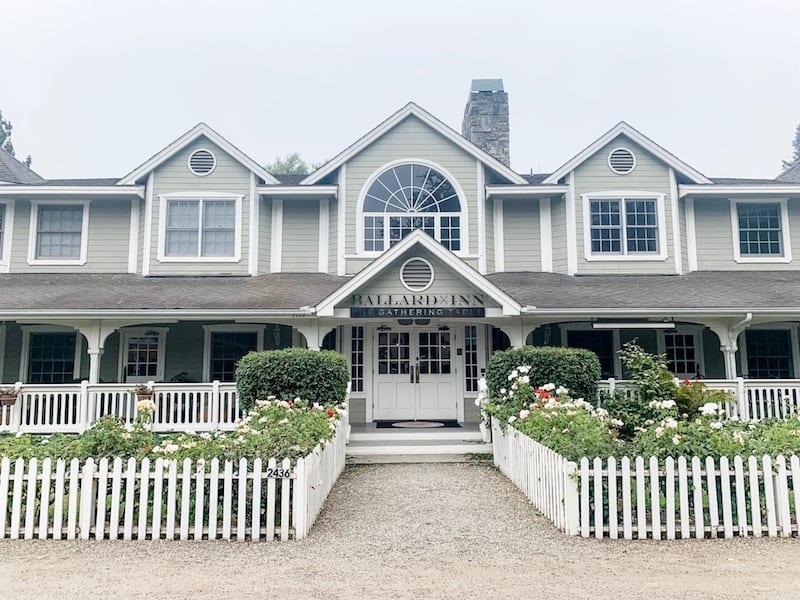 How Uber Wine ACTUALLY Worked When Put to the Test

How Uber Wine ACTUALLY Worked When Put to the Test