With 300+ wineries, there is a lot to sip in Pennsylvania. To narrow it down, here are 10 award-winning Pennsylvania wineries to explore.

Pennsylvania doesn’t just have wine country, Pennsylvania is wine country. According to the good folks at Visit Pennsylvania, once you’re within state lines, you’re never more than an hour’s drive from one of the 300 plus wineries in Pennsylvania. This Mid-Atlantic wine mecca is also home to five officially designated American Viticultural Areas (AVAs).

The state’s wine history dates back to its founder, William Penn, who tried, not exactly successfully, to establish Pennsylvania’s first vineyard in a Philadelphia park. As the story goes, the nascent vineyard was a flop, but the vinifera, imported from Bordeaux, ended up playing a major role in the development of winemaking in the United States.

Without getting too deep into the oenology of it all, winemaking has been part of Pennsylvania’s culture for more than 300 years, significantly longer than any other state in the union, including California. Throughout the state, you’ll find ties between wine and history, namely through European immigrants planting vineyards with familiar grapes in an attempt to recreate the wines of their mother countries.

Pennsylvania wines are still relatively under the radar and that means that visiting the state’s wineries remains an intimate and engaging experience. More often than not, tastings and tours are led by owners and winemakers i.e. the people who know their wines inside and out.

With a sprawling lawn overlooking the vines, Penns Woods is one of the most scenic wineries in the southeast corner of the state. The best way to experience Penns Woods is to pre book one of their guided tastings, familiarize yourself with their wines and then retire to the lawn to enjoy a bottle or two purchased from an outdoor bar. Guests can opt to graze on locally sourced snacks or pack a picnic. The vineyard’s most recent accolade came at the 2020 PA Sommelier Judgment where their 2016 Merlot took home the gold for best red in the state.

Grab a seat on the patio of The Cellar by Stony Run take in the lush greenery surrounding this Lehigh Valley winery. Open Thursday to Sunday, Stony Run likes to liven up the tasting experience with live music, fireworks and an outdoor farmers’ market. Stony Run’s wine list goes heavy on whites that are ideal for daytime enjoyment — they offer bright Grüner Veltliners and dry Rieslings, along with a Champagne-inspired sparkler and an award winning Albariño.

Galen Glen is a family affair. The 26 year old winery is the work of a mother, father and daughter working together to produce some truly glorious Grüner, Gewurztraminer and award winning Riesling. Galen Glen offers several different ways to experience their winery. Choose from cheese pairings, small group flights, or test your wine chops with the Hipster Wine Challenge, an interactive experience designed to challenge visitors’ blind tasting skills.

Anthony Vietri and his tiny Avondale winery have gotten well deserved national acclaim for making wines with a true sense of terroir. His fascinating field blends lean Italian with a signature red made with Nebbiolo and aged in Burgundy barrels. Grab a seat at one of the vineyard facing outside tables and round out the tasting with a few picks from a well curated menu of locally made cheese and salumi.

Step into the tasting room at Galer Estate and you’ll find a small winery with a big personality. This Chester County is turning out some serious wines, and tastings here are first come first serve. Taste through the winery’s list of sunny labels and find lovely expressions of East Coast Pinot Gris, Albariño, and both oaked and unoaked Chardonnay.

Wayvine is a relative newcomer to the PA wine scene. For the past 11 years, brothers Zachary and James Wilson have been cultivating grapes on their family farm and creating a range of decidedly forward thinking wines including an award winning rosé made from Carmine, a North American hybrid of Cabernet Sauvignon and Carignan. The vineyard is open from Thursday to Sunday and welcomes a lineup of local food trucks each weekend.

The husband and wife owners of this Susquehanna River Valley winery put in years of research to find out which Old World vines would flourish on their Lewisburg land. The result is a diverse range of European inspired wines including familiar grapes such as Grüner Veltliner and Pinot Gris, to lesser known plantings of Saperavi, the primary red grape of wines made in the Republic of Georgia and Lemberger, otherwise known as Blaufrankish, a light red commonly associated with Germany and Austria. Their oak-aged Pinot Noir has taken home the title of best wine in the state from the Pennsylvania Wine Society.

Out of all of the diverse Pennsylvania wineries, Lake Erie’s Mazza Vineyards has cultivated one of the most polished tasting experiences. Their striking Mediterranean inspired estate in North East is open seven days a week so that visitors can taste their way through the winery’s extensive list that covers everything from dry table wines to cellar reserve bottles, and as well as a line of prize winning dessert wines.

With a sprawling lawn overlooking the vines, Penns Woods is one of the most scenic wineries in the southeast corner of the state. The best way to experience Penns Woods is to prebook one of their guided tastings, familiarize yourself with their wines and then retire to the lawn to enjoy a bottle or two purchased from an outdoor bar. Guests can opt to graze on locally sourced snacks or pack a picnic. The vineyard’s most recent accolade came at the 2020 PA Sommelier Judgment where their 2016 Merlot took home the gold for best red in the state.

The mission of this boutique winery in Lancaster County is to put out beautiful, single vineyard Bordeaux blends that speak to the terrior of the land. Although the winery has only been around for a little more than a decade, their wines have won some serious accolades from the likes of James Suckling. Tastings at Vox Vineti are by reservation only, and small groups have a chance to sample extremely limited production bottles of Nebbiolo, Petit Verdot and Polyphony, a red blend. 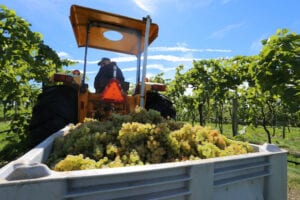 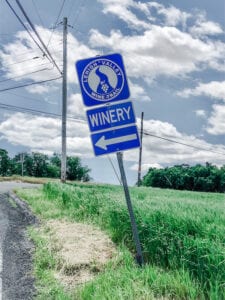 The Perfect Itinerary to Sip in Lehigh Valley Wineries 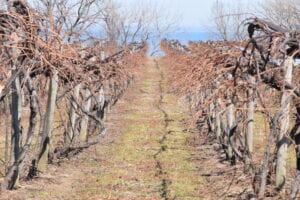 Caroline Coral is a food and travel writer based in Philadelphia. You can follow her on Instagram at @carolinefcoral.