It was on June 20, 1980 when the United States designated the country’s first American Viticultural Area – AVA. It wasn’t Napa Valley or Sonoma though. Nope. It was Augusta, Missouri.

This year marks the 38th anniversary of Augusta, Missouri being named the first AVA. Since then, the U.S. has designated more than 240 AVAs throughout its 50 states, with more being added each year.

An AVA is a wine region that has been federally designated as such by the U.S. government. Wines labeled as being from a designated AVA must have at least 85% of the fruit from that AVA. Some states have higher requirements.

Why was Augusta Chosen as the First AVA?

Back in 1976 there was this “little” wine competition in France called the Judgment of Paris, where two American wines WON, beating out French wines. This was the first time since National Prohibition that American wines were recognized as equal to that of the wines being produced in European countries. (Both winners were from California – the 1973 Chardonnay from Chateau Montelena and the 1973 Cabernet Sauvignon from Stag’s Leap Wine Cellars.) 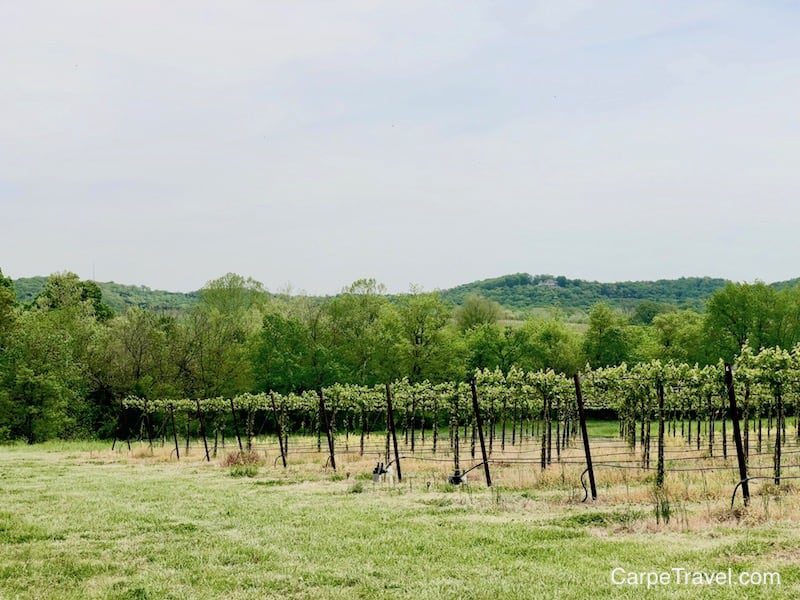 The U.S. Wine Revolution was Born.

This rebirth prompted the wine industry to develop appellations of origins and American Viticultural Area (AVAs) in the United States. The goal was to create something similar to what was done in Europe. To identify and designate unique parcels of land that grow and produce grapes. Not only does this protect and promote wines produced in specific regions, but it ensures the consumer knows where the fruit in the wines are produced.

The establishment of viticultural areas allows vintners to describe more accurately the origin of their wines to consumers and helps consumers to identify wines they may purchase. – TTB

While the requirements have increased since the initial creation of certifying an AVA, a few of the early requirements included…

Back to the question…why was Augusta chosen as the first AVA?

I had the chance to meet Tony Kooyumjian, owner and winemaker at Montelle Winery in Missouri when I was sipping my way through the Augusta wine region, he was part of the group who helped submit the application for Augusta’s AVA. Not only that, but this guy is a wealth of information on the Missouri wine industry. He’s also the perfect person to answer this question…(See our podcast with Tony.)

Well, I think the number one reason is we weren’t arrogant. Number two, we were able to follow the rules – we did exactly what they told us to do and choose a small area and made sure that everything was unique about it in Augusta. And so, they selected Augusta as the first AVA. It took them almost eight months to make their next selection, which was Napa Valley, California.  – Kooyumjian

He went on to explain that 10,000 years ago the last continental glacier came through the Augusta area bringing all kinds of rocks and minerals, organic matter and different types of soils with it. Once the ice melted it created a beautiful, well-drained highly organic rich soil, which happened to be more than suitable for growing grapes. 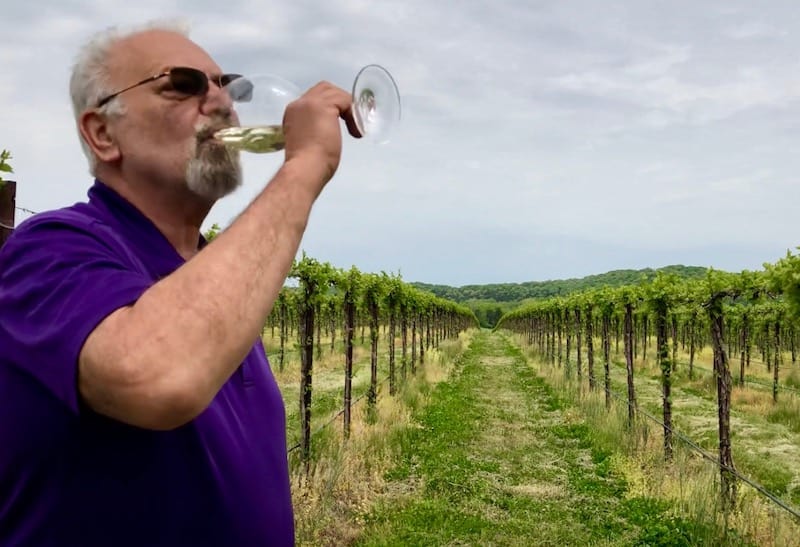 Tony Kooyumjian, owner and winemaker at Montelle Winery in Missouri

Tony went on to describe how Augusta has a rather high ridge – by Missouri standards – that more or less circles the small, 15 square miles, making a crescent shape. This ridge deflects a lot of the harsh winter winds blown from the northwest, helping to protect the vineyards.

Given the unique shape, most vineyards are south facing sites that absorb solar heat in the winter time, helping the vines survival during harsh winters. The Missouri River is right below Augusta, which also benefits the viticultural efforts.

Then There is the History of the Augusta Missouri Wine Region.

The Missouri River Valley – the towns of Augusta and Hermann – was the second largest wine producing state in the United States, prior to the 18th Amendment, which enacted National Prohibition in 1919 – the ban of alcoholic beverages. (Ohio was the first!) More on Missouri’s wine history. 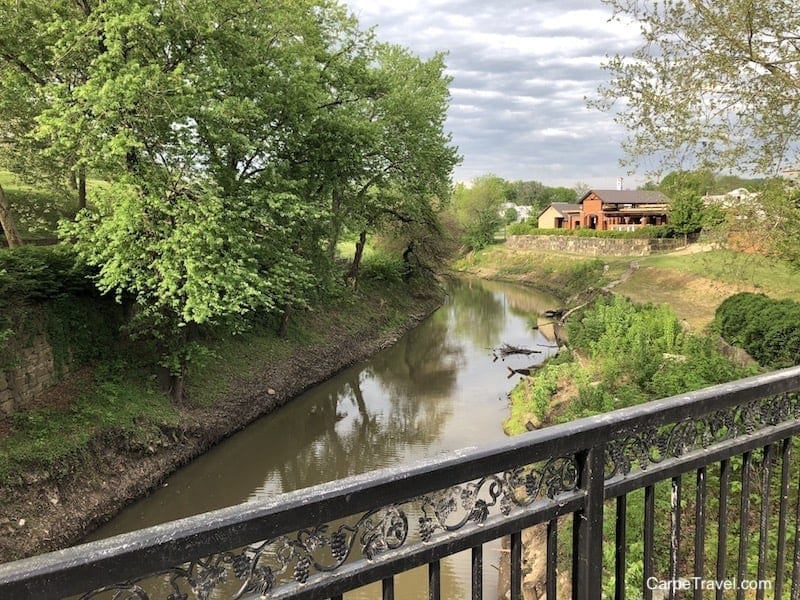 The area was settled by Daniel Boone who brought the tobacco industry to life in the area, followed by Germans immigrants who came into Missouri after the Louisiana Land Purchase. It was this group who spearheaded the creation of a successful agricultural industry in Missouri – including wine production. Their efforts put Missouri on the world wine map…only to have National Prohibition kill it.

“Augusta was selected as the first AVA. It was almost eight months later – in 1981 –  when the next AVA selection was made – Napa Valley, California.” 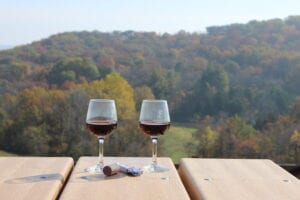 Discover Augusta: Where to Sip. Stay. Things to do. 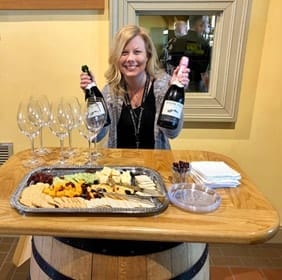 Missouri Wine Festivals Not to Miss 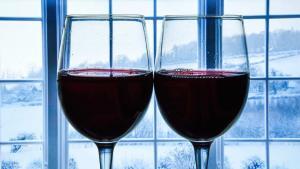 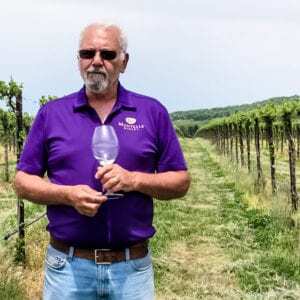 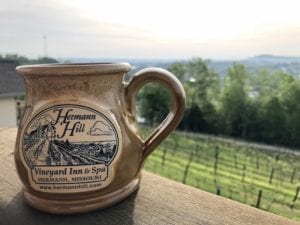 Where to Stay in Hermann, The Heart of the Missouri Wine Country 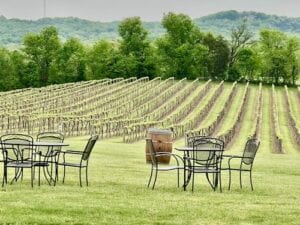 Top Missouri Wineries to Sip In

Previous PostWill Travel for Wine: Episode 5, Exploring Li...
Next Post7 of the Best Places to Visit in Philadelphia