How to spend two delicious days in Bilbao, Spain – Basque Country – where to eat, drink, stay and sip

Basque Country is an ancient autonomous region straddling the Pyrenees Mountains and the border between France and Spain.  With a population of just over 2 million people, it is fiercely independent with its own language, traditions, and culture. It is also the name (Pais Vasco) of Spain’s northernmost wine region. Found near the coast in Northern Spain, on the banks of the Nervion River, the city of Bilbao is the self-proclaimed capital of Basque Country.  Surrounded by hills and mountains, Bilbao is chock full of history, boasting awe-inspiring architecture, lively nightlife, and world-class museums. It is a city sure to sweep you off your feet.

Given the diversity of the surrounding geography, it is no wonder that Bilbao offers a unique and delicious culinary scene, the highlight of which is pintxos. Pintxos are the Basque form of tapas – small bites of meat, cheese, fish, or vegetables, skewered or enjoyed as a top for bread.

Getting to and around Bilbao is very easy as it is connected to most cities in Spain by train, and once there, it is a very pedestrian-friendly city. Bilbao is beautiful, and I encourage you to walk as much of it as possible, being sure to look regularly to take in Bilbao’s magnificent architecture. When walking is not an option, there is also an extensive public transportation system allowing you to go anywhere you choose by metro, tram, or bus.

How to Spend Two Delicious Days in Bilbao, Spain

DAY ONE – THE OLD CITY

A local market is always an excellent way to start a tour in any city, and La Ribera Market in Bilboa does not disappoint. It is the largest covered market in Europe, with over 100,000 square feet, filled with all the culinary delights from this abundant region.

Built in 1929 by Pedro Ispizua, La Ribera Market inhabits a three-story red and white building made of beautiful stained glass and iron latticework and sits at the edge of the old town along the river. Here, farmers and ranchers proudly offer their wares to local chefs, residents, and visitors alike. On the ground floor, you will find local seafood like prawns, anchovies, cod (used in the region’s most famous dishes such as Bacalao al Pil-Pil and Ajoarriero), and baby eel.

Upstairs, discover an impressive array of cured meats, pastries, jams, pickles, and delightful Basque cheeses, such as Idiazabal and Roncal, which obtain their mild flavor from the local Latxa sheep. There is also an area that can best be described as a Galician food court, complete with coffee, prepared foods, pintxos, cocktails, and even live music. The food court of Ribera Market is a destination itself; you could spend an entire day here working, eating, drinking, and being entertained.

Next, walk over to the Casco Viejo/Old Town and wander around the seven pedestrian streets through the winding alleys and across the impressive plazas. Stop often to take in the awe-inspiring architecture dating back to the 14th century. Be sure to visit the gothic-styled St Anton Church, built in the 15th century and dedicated to Anthony the Great. Pass by the Arriaga Theater, a neo-Baroque concert hall named after Spanish Composter Juan Crisostomo de Arriaga.

Take a break for lunch or a snack in the Plaza Nueva where pintxo bars and restaurants surround and sprawl out into this neo-classical arcaded square. Delight in the opportunity to taste the wide variety of pintxos being offered. I recommend you order directly from the bar and get a glass of wine to accompany your pintxos before heading to the next stop, giving you a moveable lunch guaranteed to delight your tastebuds. If you happen to be in Plaza Nuevo on a Sunday, take some time to experience the weekly flea market.

Once you have had your fill, visit the Bilbao Cathedral. Sitting in the center of the Old Town, this 15th-century Santiago (St James) Cathedral is a UNESCO World Heritage site, boasting a magnificent gothic façade. The awe-inspiring exterior leads to a splendid 15th-century ornate altar. As you enter the Cathedral, take notice of the scallop shells that mark the “Way of St James” on the Camino de Santiago.

Adjacent to the Casco Viejo district is the ancient district of Bibi, Bilbao’s trendiest area filled with art galleries, boutiques, and restaurants. As you stroll along the river, you will pass by the brightly colored riverside buildings, the magnificent city hall, and the Ovoid Variant Sculpture by Jorge Oteiza. When you reach the Zubizuri Bridge, follow signs to the Arxanda Funicular, a red cable car that will take you up the hillside of Mount Alexander, where you will finish the day, taking in the unparalleled views of the city.

How to Spend Two Delicious Days in Bilbao, Spain

Frank Gehry’s Guggenheim Museum was opened in 1997, marking the beginning of Bilbao’s transformation from a slowly declining industrial city to one renowned for its beauty, fine arts, and culture. This twisting, glistening building towers over the river, providing the visual centerpiece of the city. Inside there is a 50-meter glass-enclosed atrium with a flower-shaped skylight. The Guggenheim collection is a must-see for modern art enthusiasts, featuring works by Marc Chagall, Andy Warhol, Cy Twombly, Anselm Kiefer, and many more.

Just outside the Guggenheim are three statues that are not to be missed and can easily be viewed even if you don’t purchase a ticket to the Guggenheim.

To continue your art and architecture tour, visit the majestic Museum of Fine Arts. Opened in 1914, the museum houses 10,000 works of art by Spanish masters such as El Greco, Goya, and Murilla, along with international artists like Gaugin, hailing from the Middle Ages to the 19th century. Next door is the lovely Doña Casilda Iturrizar Park, a beautiful place to relax amid the sculptures, fountains, and trees.

After an art-filled morning and, perhaps, lunch at the Guggenheim’s Michelin-starred restaurant, head off to Bilbao’s El Ensache neighborhood filled with tony boutiques, stately mansions, and large boulevards. This district is all about architecture, so remember to look up often. From the curved-glass entrances to the Bilbao metro system to the myriad of magnificent, eye-catching buildings, there is beauty to behold at every corner. As you walk through the Plaza San Jose with its bright white church, you will discover three large bronze sculptures by Vincente Larrea. Even the Bilbao Department of Heath Building is a stunning, reflective structure of angular glass and steel designed by Juan Coll-Barrel.

To finish your day, exit the El Ensache district via the famed Zubizuri Bridge, built in 1997, for a long final stroll along the river.

What & Where to Eat in Bilbao, Spain

EAT ALL THE STARS

Basque Country is without question a gastronomic hotspot, boasting 24 Michelin-starred restaurants with a total of 34 stars between them. Quite a few of them are found in San Sebastien, a delightful destination that should be your next stop after Bilbao.

Just 15 minutes outside of Bilbao, you will find Azurmendi, a 3-Michelin-star restaurant that features the culinary creations of Chef Eneko Atxa. This beautiful restaurant is all about sustainability. Built of recycled and local materials, the restaurant grows much of its own produce, and Chef Atxa creates a feast of local, sustainable dishes. His cuisine is an ode to Basque cuisine and is a feast for all the senses.

Bilbao itself boasts six one-starred restaurants to enjoy. I recommend lunch at Etxanobe Atelier or its more casual sibling, La Dispenza Etxanobe, both featuring the magical creations of Chef Fernando Canales Etxanobe. For classic Bilbaon fare in a historic bistro setting, try The Charters in the heart of Casco Viejo and enjoy their famed grilled prawns and other traditional Basque fare. Plus, a stop at Café Iruna is a must for the beauty of its colored-tiled and mural-bedecked bar, which has been in operation for 120 years.

In Bilbao, you will have no trouble making amazing culinary discoveries; your biggest challenge will be deciding where to make them.

What & Where to Sip in Bilbao, Spain

A trip to Bilbao will not be complete without tasting the Basque region’s unique Txakoli wines. Txakoli (pronounced Chock-oh-lee) are white and rosé blends made primarily with indigenous grapes – Hondarabbi Zuri for the whites and Hondarabbi Beltza for the rosés.

The region’s cool weather and proximity to the Atlantic Ocean contribute to the wine’s high acidity and moderate alcohol (10 – 11%), making them highly quaffable. They are often slightly fizzy and always fresh, briny, and zesty. They are the perfect accompaniment to Pintxos, particularly those featuring shellfish or seafood.

Bilbao is just over an hour’s drive to the westernmost region of Rioja – Rioja Alavesa.

Rioja Alavesa is the smallest of the tree subregions of Rioja and lies just north of the river Ebro. Its soil of chalk and limestone are ideal for growing Tempranillo, the famed black grape of Rioja.

Predominantly a red wine region, the Tempranillo here is often blended with small amounts of Garnacha, Graciano, and Mazuelo. But a small amount of white wine is also produced from the grape Viura (also called Macabeo). This tiny region is home to some of Riojas greatest wineries, a one-of-a-kind wine museum, and some architectural masterpieces.

Come and spend the night at the luxurious, space-age, Marques de Riscal Winery and Hotel, designed by architect Frank Gehry, who also designed the Guggenheim Museum in Bilboa. Two other architecturally significant wineries are Bodegas Ysios and Bodegas FOS.

Bodegas Ysios was designed by Santiago Calatrava to mimic a wave and create a sense of movement. The winery offers six tasting experiences, including a full driving tour through the vineyards. Located in Elciego and designed by architect Enrique Maga, Bodegas FOS produces six different wines, olive oil, and a sherry vinegar.  All three wineries are worth a visit, and after a day of Tempranillo tasting, relax with a wine therapy treatment at the hotel’s Vinotherapie de Caudalie Spa.

Where to Stay in Bilbao, Spain

The luxurious 5-start Hotel Carlton Bilbao is housed in a majestic building built in 1919. Having accommodated dignitaries Alfonso XIII, Federico García Lorca, Albert Einstein, and Maria Callas, it is a place to see and be seen.

For the Art Lover.

Situated directly across the street from the Guggenheim Museum, the Gran Hotel Domine boasts its own art collection displayed throughout the hotel. It is also the best place in town to enjoy an end-of-the-evening cocktail taking in the magnificent view from its rooftop terrace.

There is so much to see and do in Bilbos; two days doesn’t seem enough. But I guarantee you will be so enchanted by this spectacular city that you will want to return again and again. 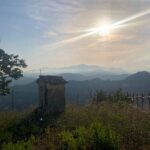 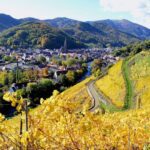 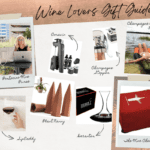