Piedmont Wine: An intro to the grapes and wines

Ready to learn about Piedmont wine?

After Sicily, the Piedmont region is Italy’s second-largest, by geography and home to the most DOCGs and DOCs in Italy. Despite a plethora of grapes, wines, and the rich pedigree, the Piedmont wine region’s main draw remains the Langhe. Collectively, the Barbaresco and Barolo winemaking areas make up the Langhe in Southwestern Piedmont.

With approximately 25,000 square kilometers under vine, the Piedmont wine region accounts for some 5 percent of Italy’s overall wine production and 18 percent of the country’s total wine export (source: daily.sevenfifty.com).

The primary grapes of the Piedmont wine region include:

For most people, Barbaresco and Barolo wine are synonymous with Piedmont. However the region is far more than these two wines, but for educational purposes, it’s a great starting point. Though, I do caution you on diving right into nebbiolo wines if you are just starting out as a winelover. Holy tannin, batman.

The country’s famed Barolo and Barbaresco wines (100% nebbiolo grapes) account for only about 3% of the Piedmont wine region’s total wine production.

Nebbiolo is easily the noblest grape of the region, arguably the whole of Italy.

Nebbiolo is the grape for the haunting and beautiful Barbaresco and Barolo wines. If you didn’t know that, don’t feel bad, it is one that many winelovers do not realize.

Barolo and Barbaresco DOCG requirements dictate that the wine must be made within the Barolo and Barbaresco zones. That means that if a producer from the Roero, Monferrato makes one of these wines, they have to wine has to be vinified and aged in the winemaking area of its vineyard origin. In addition, if a Barolo producer makes Barbaresco (or vice versus), they also must use a cellar in the respective zone. Many producers rent cellar space. However, there is one exception to this rule. If a producer from outside the zone was making Barolo or Barbaresco prior to the 1980 DOCG designation, they are grandfathered in and can make Barbaresco and / or Barolo wines in their home cellar outside the zone.

To generalize (for the purpose of simplifying in this intro), Barbaresco and Barolo wine tend to require longer aging due to the high tannin structure. Once time has softened them, you get incredible tertiary depth and complexity.

One of my favorite things to include in a Barolo wine tour program is a side-by-side tasting of a current vintage Barolo and one with at least 20 years of age. So many times they look at the glass and then me in awe, “Oh, now I get Barolo.”

These wines tend to be just a few years old with less tannin and more ripe red fruits.

Langhe Nebbiolo comes from nebbiolo vineyards within the Langhe while Nebbiolo d’Alba is generally from vineyards beyond the Langhe borders. Though it is worth noting that typical of Italy, exceptions, and exclusions exist.

The Nebbiolo grapes for these wines are harvested earlier than nebbiolo for Barbaresco and Barolo wine; the extra time on the vines helps the tannins develop, which gives the complex flavors.

Steel aging is another consideration for younger drinking nebbiolo wines. These no wood aging, drinking fresh with great fruit notes. For a refreshing summer red, I suggest a little extra chill for these wines – 30 minutes in the refrigerator before opening.

Nebbiolo from The Roero: Roero Rosso and Roero Riserva

Roero is a lesser-known part of Southwestern Piedmont that sits across from Barbaresco, separated by the River Tanaro.

The Roero was once covered completely by the sea so the soil remains rich in sand and fossils. This makes the nebbiolo-based wines more approachable early with elegance and finesse. For a nebbiolo-lover, you get all the quality at less the price.

Barbera is the third most planted grape in the whole of Italy. In Piedmont, the vigorous grape is primarily found in the Langhe and Monferrato; and is indigenous to the latter.

The grape itself has high levels of acidity, but low tannins. Most people don’t realize that barbera wine actually has great aging potential due to its high acidity.

It shows red fruits, bright, and robust but also can give gorgeous elegant notes. The range of barbera styles comes from production methods and geography.

Barbera d’Asti tends to be more feminine, silky, and elegant with more potential for complexity. In the Monferrato, barbera vines get the best sites, unlike the Langhe where the best plots go to nebbiolo. 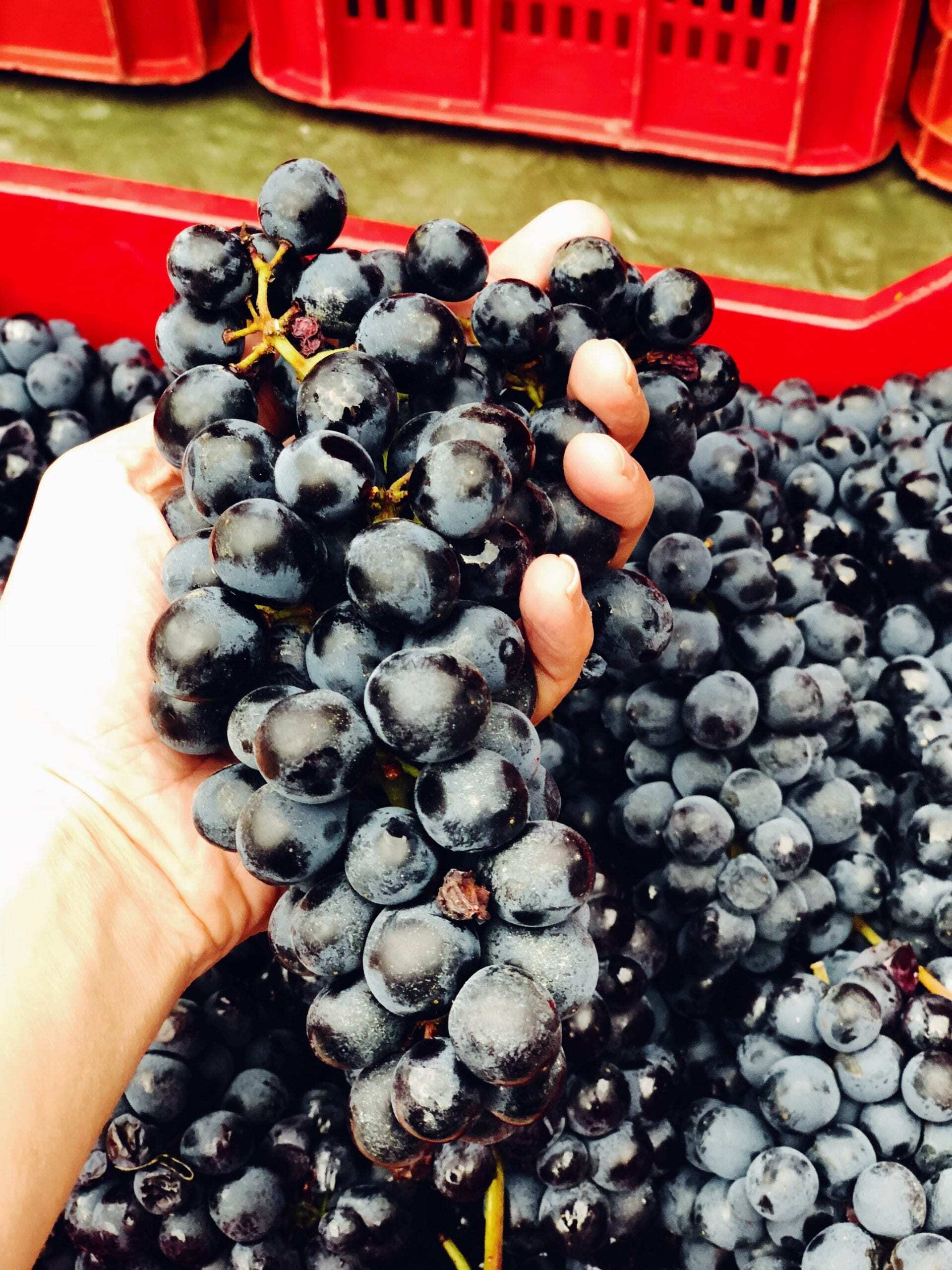 Barbera d’Alba (the Langhe) is more fruit-forward and round, often showing sour cherry and tangy notes.

Dolcetto means ‘little sweet one’. Not because the wine is sweet, but because of its sweet tannins.

Find the best expressions of dolcetto in Dogliani, Diano d’Alba, and Ovada.

Arneis is probably the best known white of the Piedmont region. It’s been growing in the Roero since the 15th century, but only in the last few decades has it become a single variety wine.

In dialect, arneis means ‘little rascal’, given as this difficult grape grows almost like a weed in vineyards. Producers often planted as a distractor to birds to keep them away from the more profitable nebbiolo grape.

In addition, arneis was blended with nebbiolo in the Roero to soften the tannins. The wine itself is medium-bodied, low acidity, showing fruit, floral notes with stone fruits and citrus; when aged, it gives gorgeous caramelized, nutty notes.

Other fun Piedmont wines that may be new to you include: 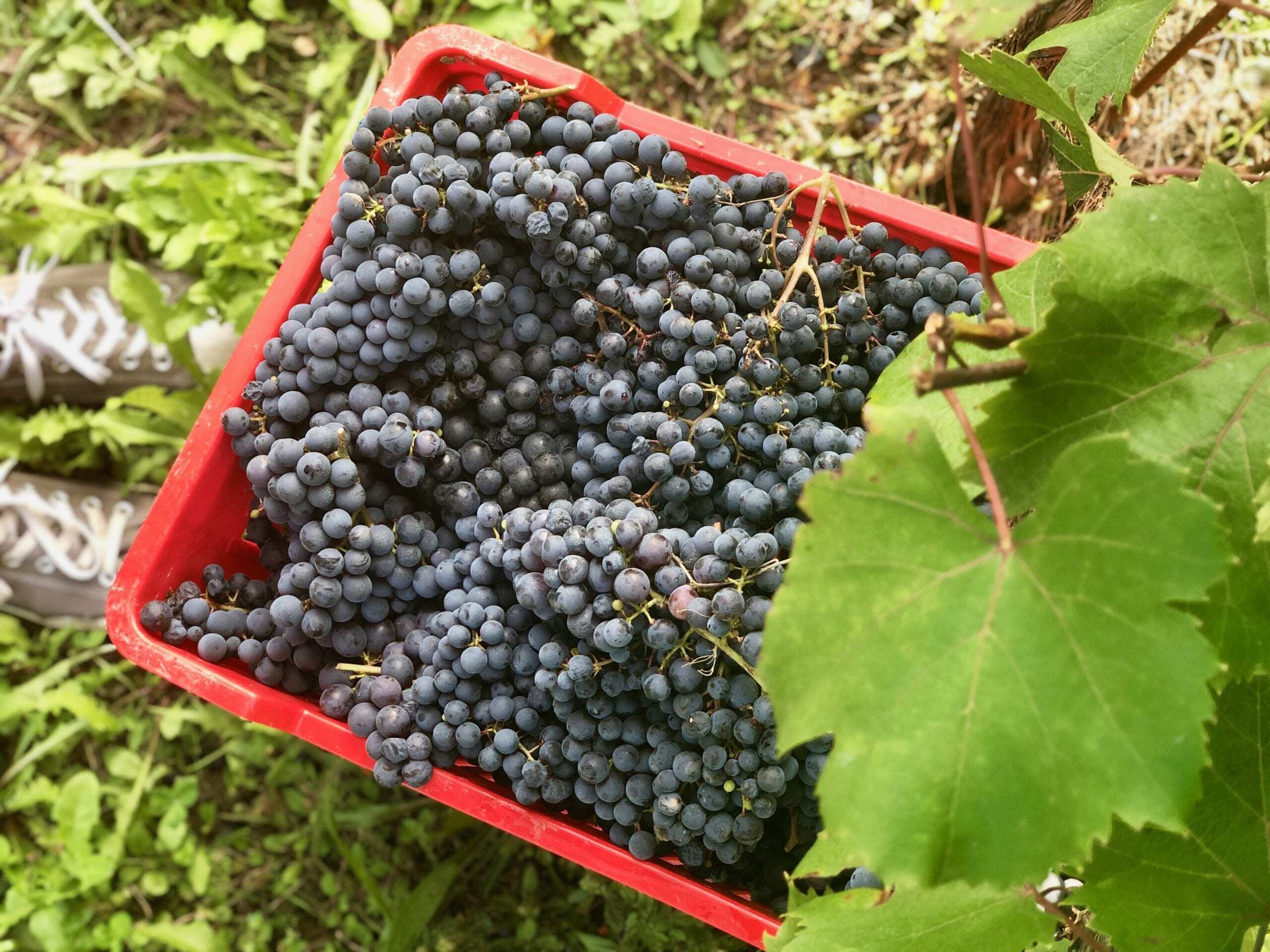 Pelaverga is exclusively produced in 18 hectares in the Barolo winemaking area of Verduno. Today 14 producers make about 180,000 bottles of Verduno Pelaverga annually.

This light red wine throws strawberry, rhubarb, and strawberry notes with hints of white pepper – a signature taste of wines from Verduno.

Great any time of year, but works well as a summer red with a little extra chill. I particularly like to serve Verduno Pelaverga with turkey on Thanksgiving. 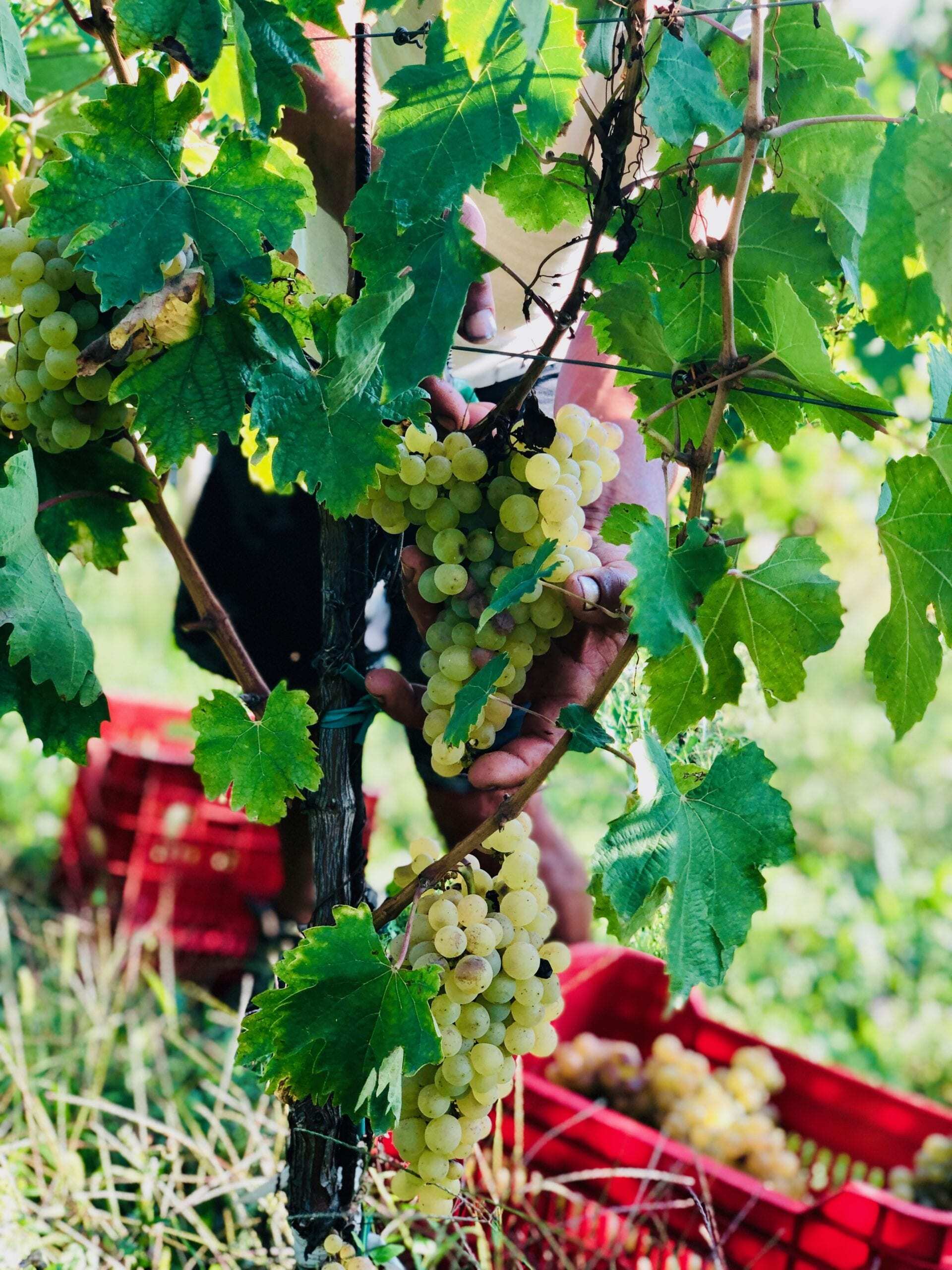 Timorasso has become a darling of the wine world in recent years. Its depth, body, and complexity is not often found i Italian white wines. Timorasso Harvest 2018. Photo: ©Valerie Quintanilla.

In Piedmont, moscato is usually done as a frizzante wine, but it’s not that sickly sweet sparkling that most westerners associate with moscato as a frizzante.

The cortese grape makes the Piedmont wine labeled Gavi, from the area of the same name. It is fruity, floral wine with good acidity and minerality.

It’s not often that you find Piedmont wine blends of different grapes. And, you don’t find a great many international varieties either.  The area’s grapes stand on their own, and with the dense vineyard area, producers are careful with every bit of space.

About the Piedmont Guide & Writer

The Carpe Travel Piedmont region travel guide is written by Valerie Quintanilla, an American expat in Alba, Italy. Val was an original Carpe Travel contributor before packing her American life to chase her Italian dreams.

Today she runs a custom travel / tour planning business while moonlighting as a marketing consultant for wine and travel business in Europe. She has been featured in Wine Enthusiast, Food & Wine Magazine, Open Skies (Emirate Airlines inflight magazine) and more.

Valerie and her toddler il ragazzino reside in Alba, Italy in the Piedmont region, but she organizes travel and tour programs all over Italy. Stay tuned as she introduces us to more Italian wine regions!