How to explore new regions – even when you can’t travel.

We visited Spain for Spring Break!!

We didn’t exactly “go to” Spain for Spring Break. Like so many of you, we too canceled our Spring Break plans due to You-Know-What, along with most of our future travels. But, we decided we were still going to explore Spain, just from home. How? Through food and wine pairings.

The kids didn’t get to participate in the wine pairings but they picked our weekly menu with a slew of tapas each day, all from The Foods & Wines of Spain cookbook by Penelope Casas. During our “visit” we fell in love with Spanish Olive Tapenade, Pork Balls and Tortilla Espanola (potato omelet) along Albarino’s and Tempranillo’s. (Convincing the kids to explore Rioja with us – when we can travel again – just got a lot easier.)

The Tortilla Espanola may have been the biggest hit of the week given we have made it a few more times during our new, “home school cooking class”. It’s super easy to make, can be served for any meal of the day and is awesome the next day, assuming you have leftovers. Above all else, the Tortilla Espanola is delicious!

The dish is anything but a tortilla. It’s actually more of a potato and egg omelet that can be featured as the main dish or accompanied with sausage, chicken or in our case, a green salad. 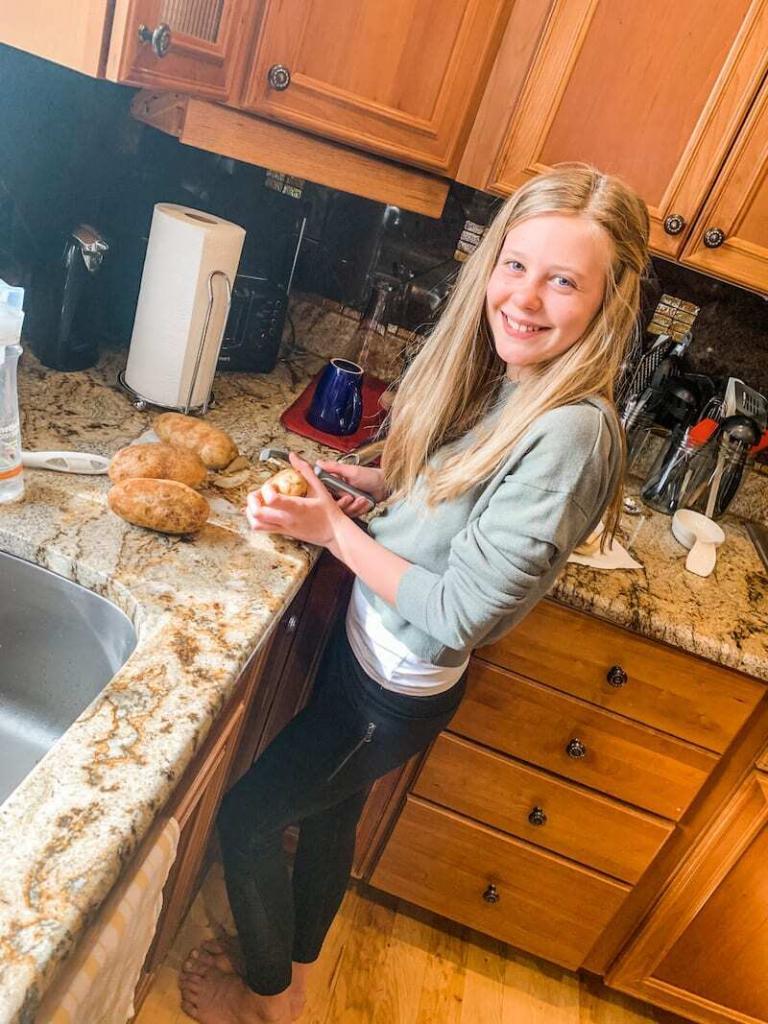 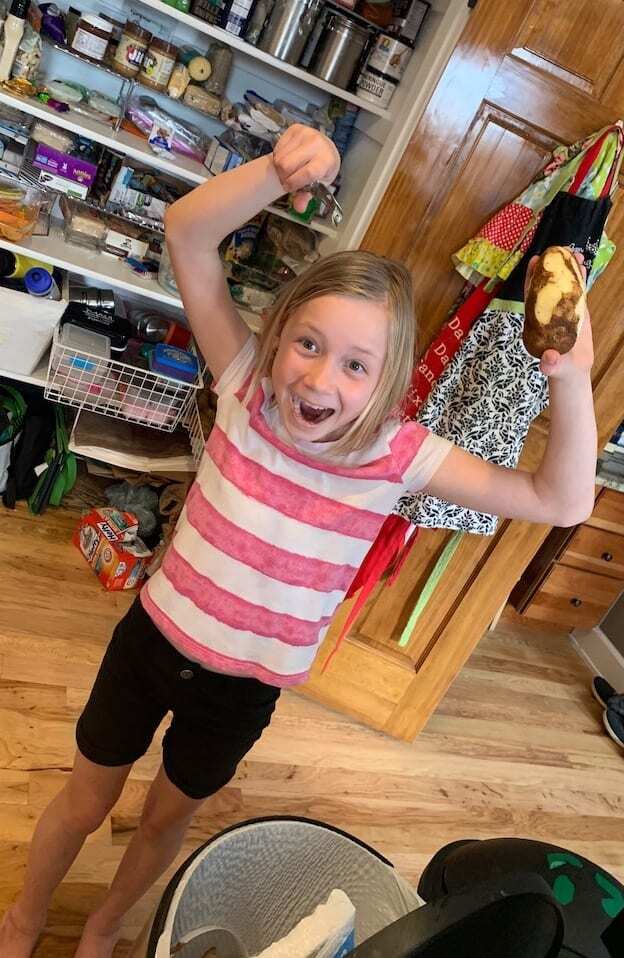 Since the Tortilla Espanola is a traditional Spanish dish, I suggest you stick with a Spanish wine. Both a Valdepenas or Valencia are recommended pairings in the cookbook. However, if you’re not interested in sticking with tradition – or just don’t have these types of wine at the ready – a light bodied red wine such as a Pinot Noir would go nicely.  I’ve also paired it with an oaked Sauvignon Blanc from Klehm Family Winery and rich Chardonnay from La Crema. 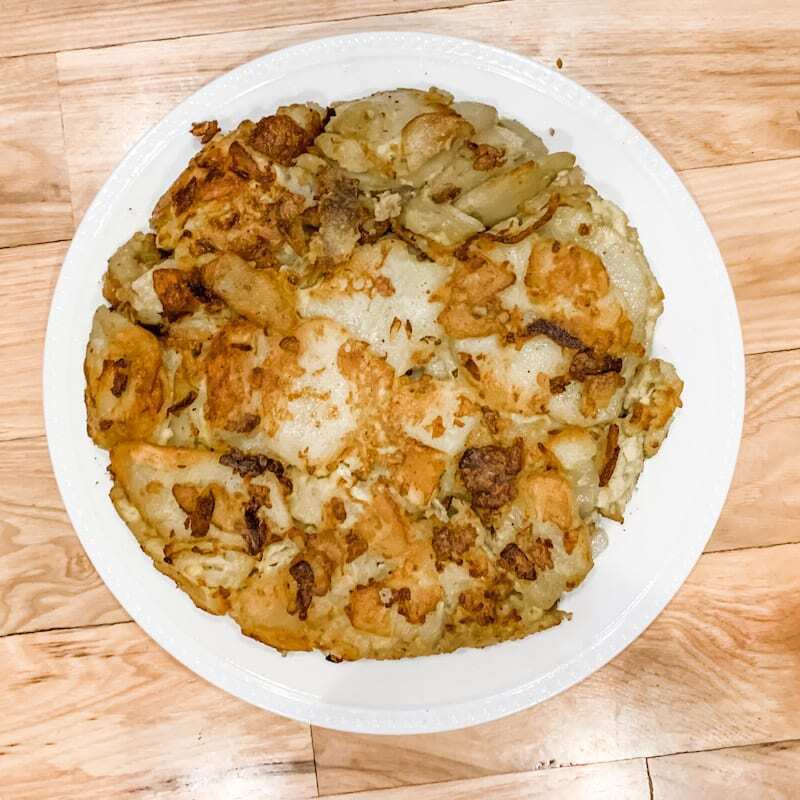 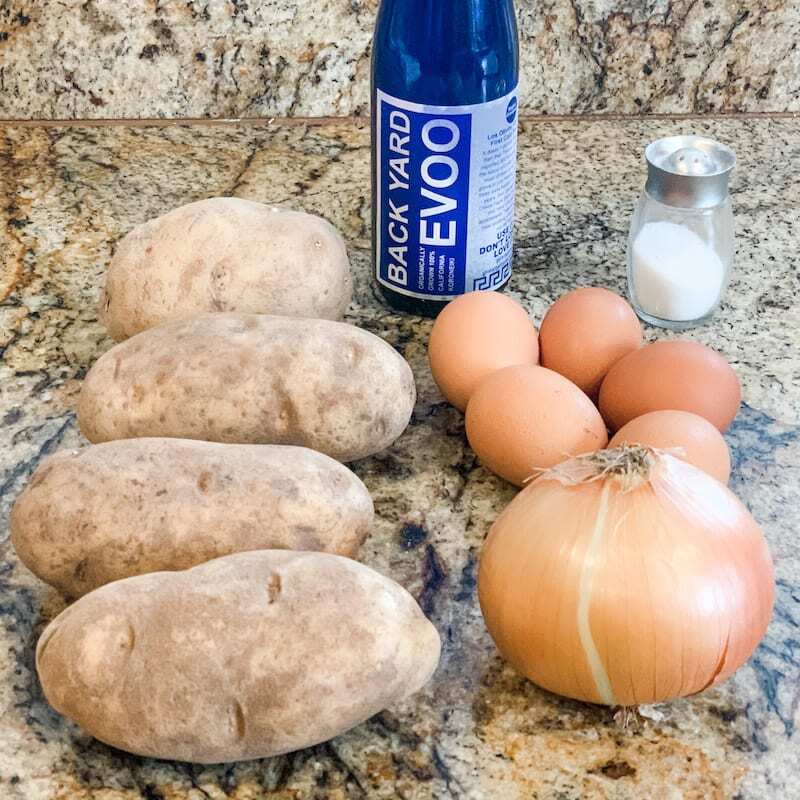 This recipe follows what is outlined in The Foods & Wines of Spain cookbook by Penelope Casas.

Heat the oil in an 8-or 9-inch skillet and add the potato slices one at a time to prevent sticking. Alternate potato layers with onion slices and salt the layers lightly. Cook slowly over medium heat, lifting and turning the potatoes occasionally, until they are tender but not brown. The potatoes will remain separated, not in a “cake”.

While the potatoes are cooking, beat the eggs with a fork until they are foamy, add about ¼ teaspoon of salt. Make sure the bowl you’re using is large ,as you add the potatoes to the egg mixture in a later step.

Remove the potatoes from the skillet, drain the oil but keep about 3 tablespoons of it so that you can use it for the next step. (The potatoes add a great flavor to the oil.) Add the potatoes into the egg mixture press the potatoes down so they are completely covered by the egg. Let it sit for about 15 minutes.

Heat two of the tablespoons of oil you have saved back into the skillet (you can use the same one, just make sure nothing is stuck on the bottom). Add the potato and egg mixture back to the skillet, spreading the mixture so it’s flat like a pancake. Lower the heat to let the potatoes brown underneath. Lift the sides every few minutes to keep it from sticking.

When the potatoes begin to brown underneath, place a plate on top of the skillet and flip the omelet onto the plate and then slide it back into the skillet with the opposite side now on the heated skillet.

Turn the heat down and flip the omelet two or three more times to get it a little crispy on the outside layer.

Once it’s finished, I like to add a little more salt to the top for added flavor. Enjoy! 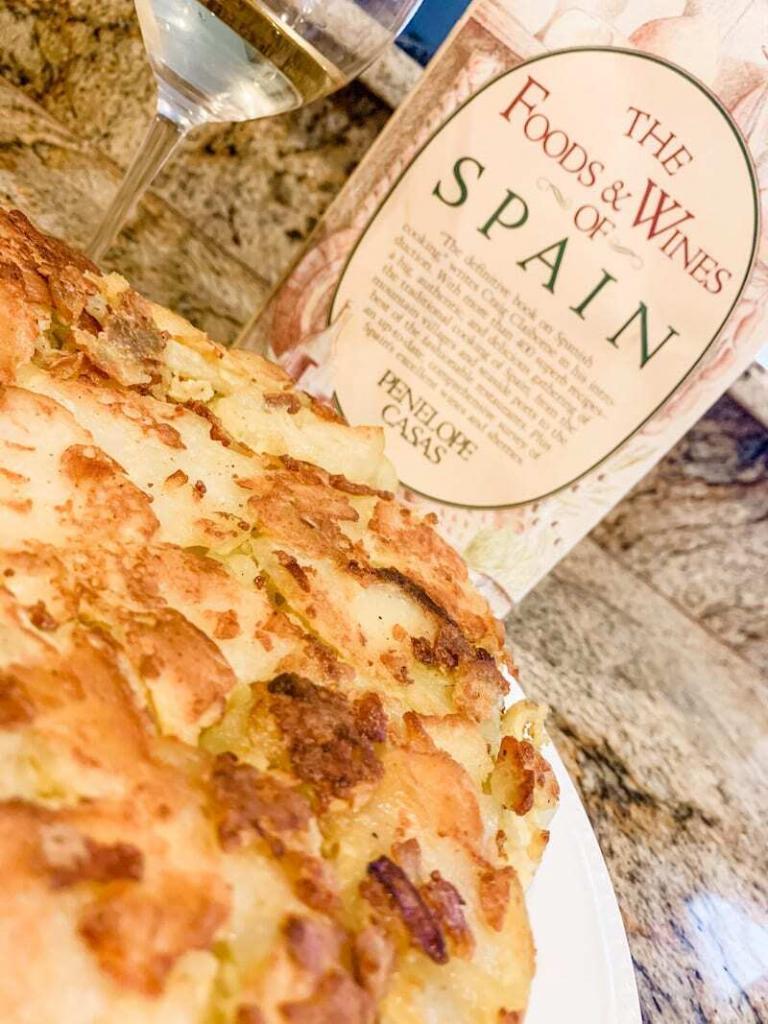 Have you been to Spain? What’s your favorite dish from the country? Or, wine? I’m open for suggestions on both.