Our Illinois Wine Travel Guide shares a brief history of the wine region, terroir, where to sip, where to stay and things to do beyond the vines.

Illinois is home to two American Viticultural Areas (AVAs), which established geographical regions that indicate the similarities in terroir: soil, elevation, climate, and other influencing factors, that result in wines with similar characteristics.

Illinois ranges over 400 miles from north to south. It has low elevations across the state and a humid continental climate that can be brutally cold in the winters and hot in the summers. The lake influence from the Great Lakes brings chilling winds and humidity year around. Many classic vitis vinifera grape vines cannot withstand the freezing winters.

Illinois ranges over 400 miles from north to south. It has low elevations across the state and a humid continental climate that can be brutally cold in the winters and hot in the summers. The lake influence from the Great Lakes brings chilling winds and humidity year around. Many classic vitis vinifera grape vines cannot withstand the freezing winters.

The state specializes in cold hardy French-American hybrids and native grapes but small plantings of vitis vinifera wine grapes are scattered in the more temperate zones.

Illinois is currently home to 150 wineries – where should you start? These are our top three sips but we’ve also mapped out more favorite wineries in Illinois for you wine loving travelers to explore.

Illinois is a large state and visiting each winery takes time. Fortunately, Illinois wine country has seven defined wine trails and most wineries and vineyards are located near one making wine country exploration convenient. The trick is to select the best wine train for your interests and go from there.

Illinois became a state in 1818 but was settled by European immigrants long before that. Named for the regional Native Americans, the state had been inhabited for more than 7000 years. French settlers adopted the name, Illinois, as early as 1670. It was the French settlers who brought wine grapes to the region, first planting wine grapevines near a fort in 1691. In 1778, Jean Baptiste Maillet founded the town of La Ville de Maillet a mile and a half south of the fort; the town later became Peoria.

The village had a functioning wine press and underground wine cellars. German settlers to the region planted Isabella and Norton grapes in Belleville in 1830. Wine had become a booming business for the fledgling state. Emile Baxter & Sons secured licensing for the first commercial winery in 1857 along the banks of the Mississippi River in Nauvoo, the westernmost point of the state. Still open under the name Baxter Vineyards, it is the oldest continuous commercial vineyard and winery in Illinois.

By 1936, the Baxter property transformed into Gem City Vineland Company. Other than the Baxters and a few family producers, the wine business remained stagnant until 1979 when Galena Cellars Winery opened in Galena, the northwestern corner of the state, along the Mississippi River. That same year, LynFred Winery was founded in Roselle.

When it comes to visiting Illinois wine country, the first step is to decide if you want a city or country experience. Illinois is a spacious state, and you can’t see it all in three days, or even three weeks. Carpe Travel suggests visiting the Northern Illinois Wine Trail in the Upper Mississippi River Valley AVA, starting in Galena then heading towards Chicago for an urban experience. Then heading to the southern tip of the state to visit the Shawnee Hills AVA for an authentic wine country immersive tour.

Spring and autumn are the most temperate and comfortable times to visit Illinois wine country. New vintage releases come out in the spring and summer, so there will be plenty of fresh wines to try. Autumn brings gorgeous colors and bustling harvests as winemakers rush to vinify the season’s grapes. Wineries are busy with business during harvest so spring and summer may be the best time to visit Illinois wine country.

GETTING TO ILLINOIS WINE COUNTRY?

TRAIN: Chicago has 11 Amtrak trainlines that service Chicago and its surrounding regions.  The Illinois Service route ventures from Chicago to Carbondale and the Shawnee Hills AVA in th southern sector of the state. The California Zepher connects Chicago to Denver, Salt Lake, and San Francisco, and the Cardinal or Lake Shore Limited connect Chicago to the east coast. Most routes offer dining, wifi, checked and carry-on baggage, and flexible rescheduling. Small pets ride for free. The St. Louis MetroLink light rail connects the Mid-America St. Louis Airport with Belleville, Illinois.

Access Northern Illinois Wine Trail at Galena head east through Rockport and continue east to Chicago via Highway 20 or drive slightly south along Highway 52 and then east into Napierville and Chicago. 3-hour drive. 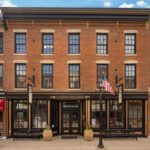 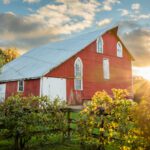 Exploring Illinois Wineries From the City to the Countryside

Simone FM Spinner is a top-rated university wine lecturer and certified sommelier with thirteen advanced wine certifications, a bachelor’s and master’s degree in wine studies, and is pursuing her doctorate studying the socioeconomic and cultural effects of climate change on wine. She is a sought-after wine consultant, public speaker, and published author. She organizes wine events and international wine tours through her company Wine Rocks & Chasing Grapes™©. Her website is WineRocksLLC.com