Piedmont culture in a glass – vermouth and coffee

Turin is the capital city of Piedmont and a favorite cultural city of Europe for many reasons. But, two of the most fun, help you start the day and the evening.

Piedmont culture is all about coffee and aperitivo. 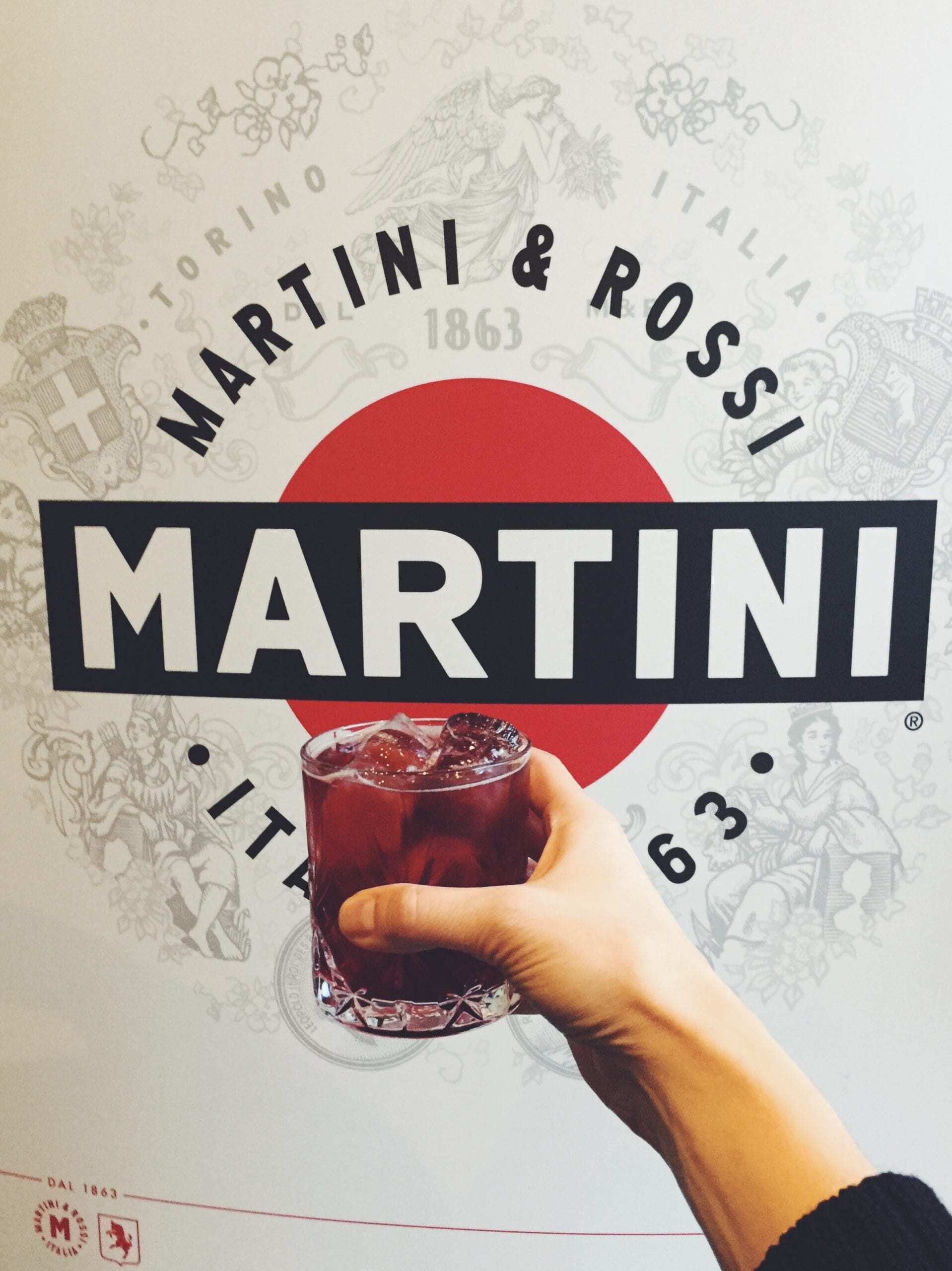 Martini & Rossi is one of the most important vermouth producers in the world. The company began in 1863, making vermouth a popular beverage all over the world. Visit Martini & Rossi outside of Turin for cocktails, MasterClasses, and the Martini museum. Casa Martini, Piedmont, Italy. Photo: ©Valerie Quintanilla. 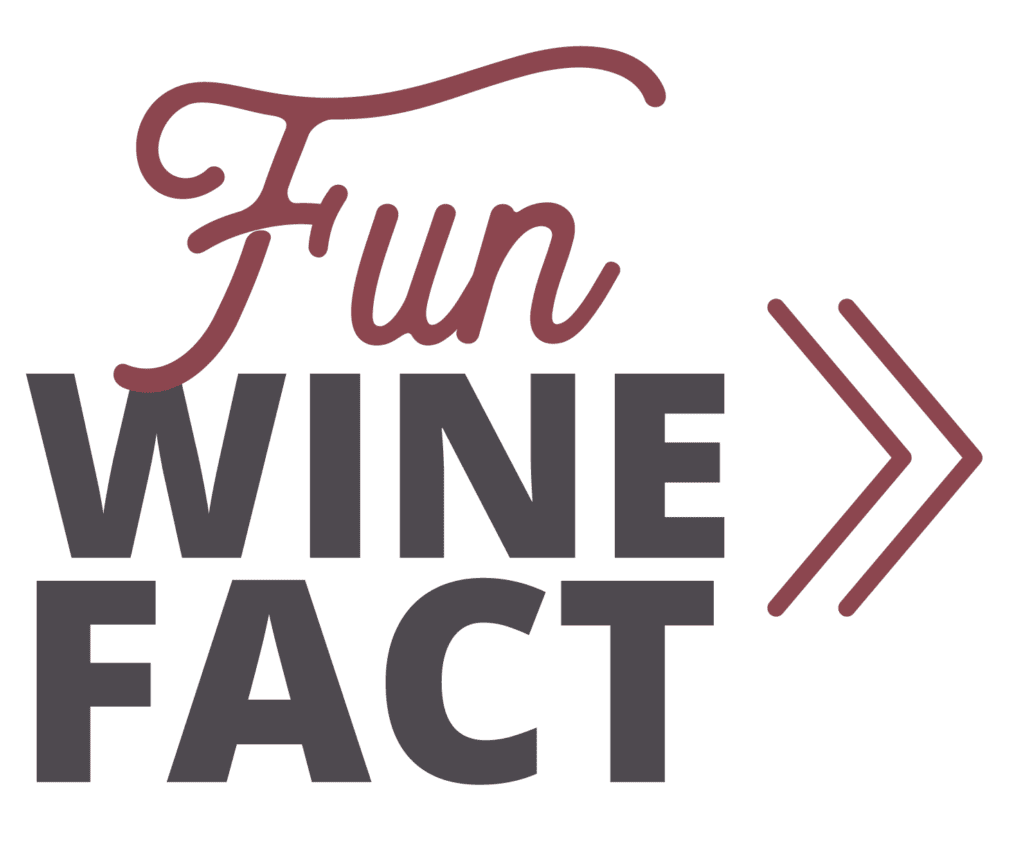 Vermouth is a fortified and aromatized wine. In other words, it’s a wine that has brandy to it and is infused with spices/herbs. And, one of the fun facts about Vermouth is that it was created in Turin, Northern Italy’s Piedmont wine region.

The introduction of aromatized wines as a commercial product is credited to Antonio Benedetto Carpano, a Turin-based herbalist. He is known to have mixed herbs spices with muscatel wine and sent bottles to King Vittorio Amedeo III, who loved it.

Today, vermouth-based cocktails, vermouth tastings, and a killer cocktail scene bubble all around the lively city of Turin. You can even do vermouth-making and cocktail-making classes in the city. 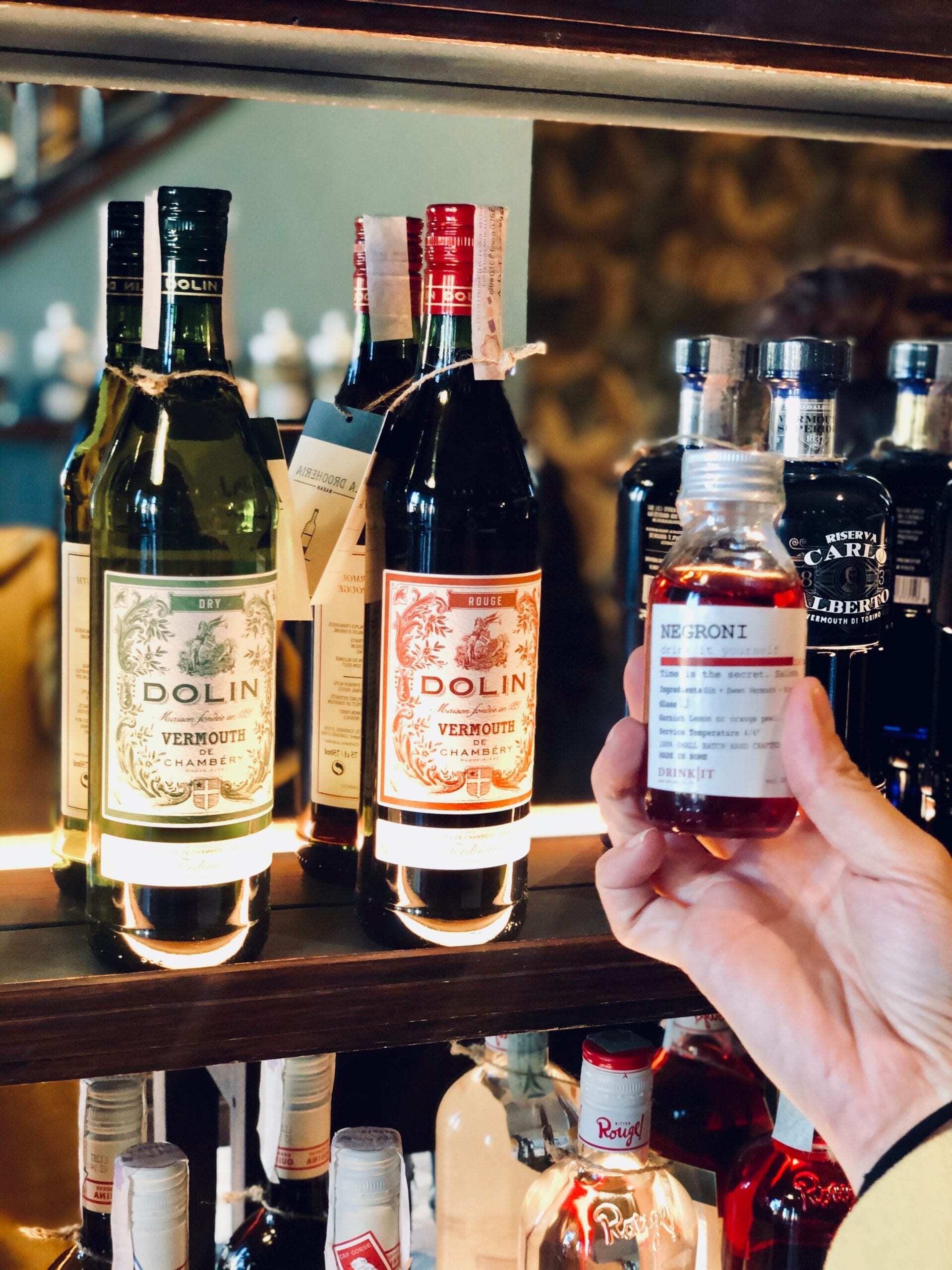 Turin is something of a coffee Mecca. From the elegant coffee houses that once served Torino royalty to the famous Lavazza coffee with its main roasting plant just outside of Turin, to the Turin’s famous Bicerin houses, this city serves up history with each caffé. 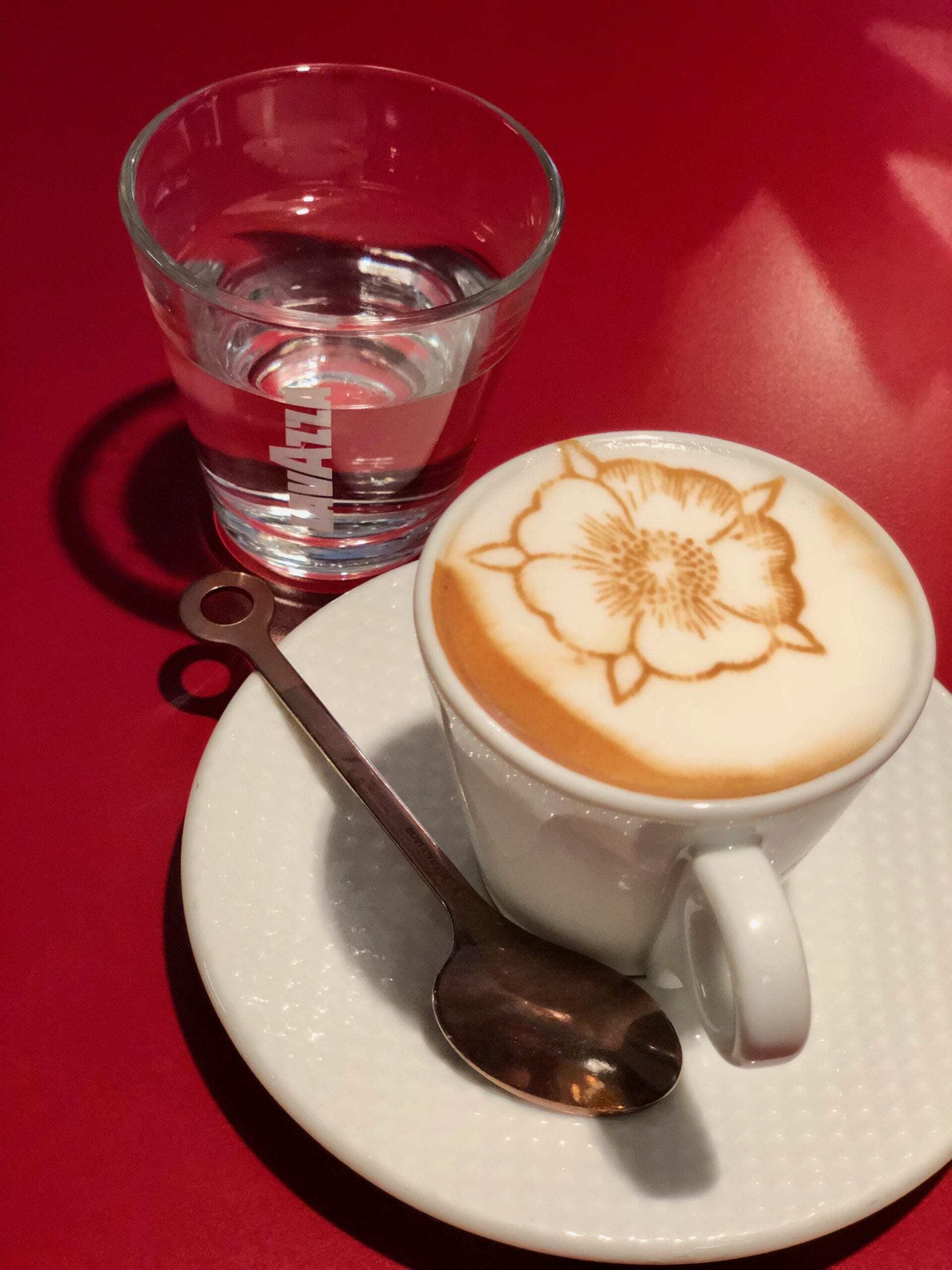 Lavazza is one of the biggest coffee companies in the world. It opened in Turin as a grocer in 1895. Today you can experience this part of Piedmont culture at its flagship coffee shop in the city, at its coffee museum, and other locations throughout Turin. Photo: ©Valerie Quintanilla.

The city’s oldest cafes ooze history and tales of debates amongst politicians, artists, and revolutionists there. The interiors vary, as does much of the city’s exteriors, from Art Nouveau to Baroque interiors, giving you a sense of both artistic and cultural history.

A Turin Must Have: Bicern

Bicern is a layered hot espresso drink, served in a small round glass. It’s been famous for centuries with the original recipe staying alive in the city. It is thought to have been first created at the still open Caffé Fiorio. The recipe is layered with espresso, chocolate, and whole milk. 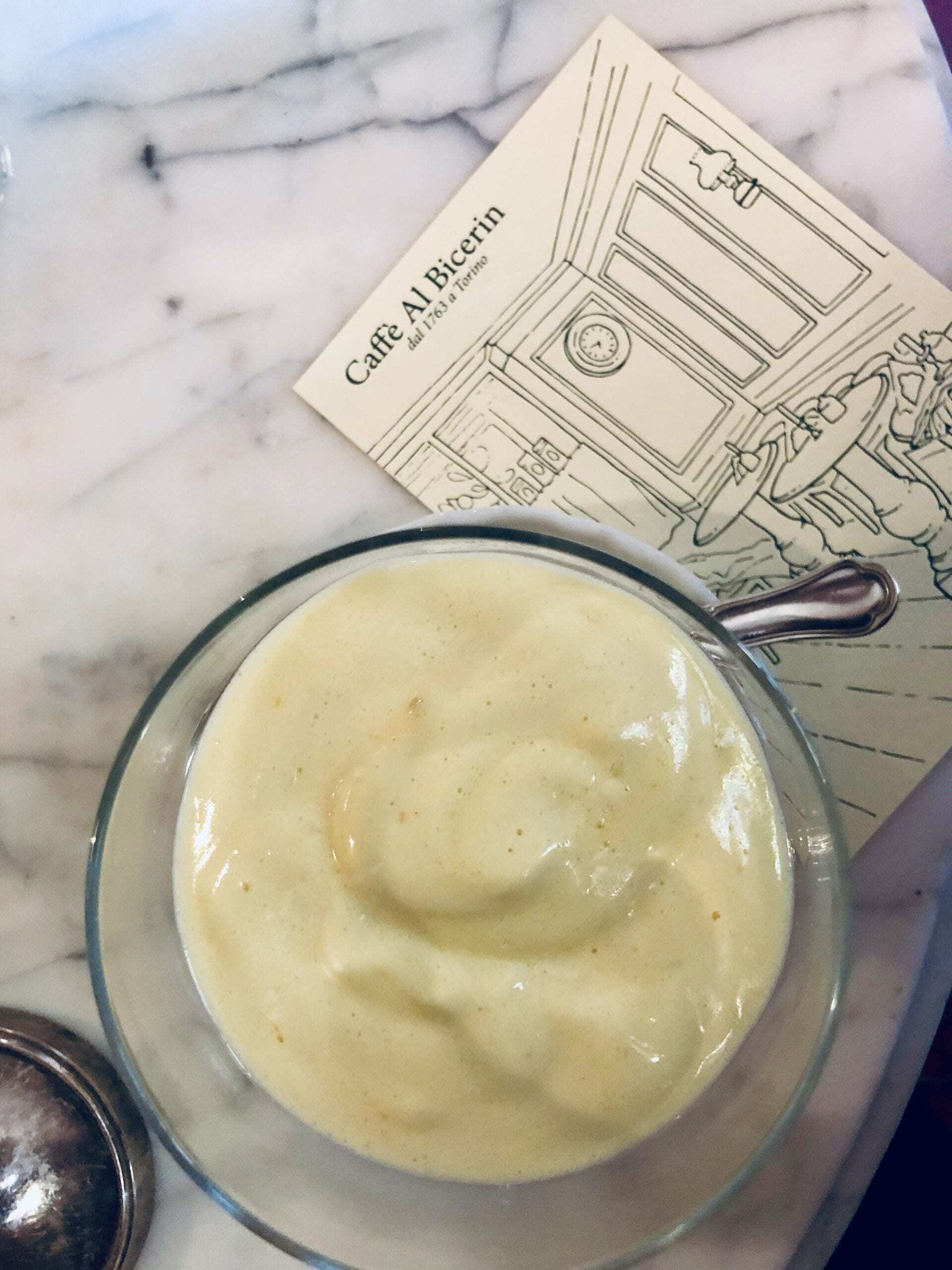 Café Al Bicerin is one of the most historic coffee houses in Turin and is believed to be where the recipe for the city’s popular coffee drink was created. Bicerin is a traditional coffee drink in Turin, Italy. Photo: ©Valerie Quintanilla.

Stick Around for more Piedmont Culture.

Get to know some of the gastronomic superstars of the Piedmont food scene. We’re not talking dishes, but specialty treats like Piedmont hazelnuts, the Alba white truffle, and Piedmont cheese.

About the Piedmont Guide & Writer

The Carpe Travel Piedmont region travel guide is written by Valerie Quintanilla, an American expat in Alba, Italy. Val was an original Carpe Travel contributor before packing her American life to chase her Italian dreams.

Today she runs a custom travel / tour planning business while moonlighting as a marketing consultant for wine and travel business in Europe. She has been featured in Wine Enthusiast, Food & Wine Magazine, Open Skies (Emirate Airlines inflight magazine) and more.

Valerie and her toddler il ragazzino reside in Alba, Italy in the Piedmont region, but she organizes travel and tour programs all over Italy. Stay tuned as she introduces us to more Italian wine regions!